Notice: Function add_theme_support( 'html5' ) was called incorrectly. You need to pass an array of types. Please see Debugging in WordPress for more information. (This message was added in version 3.6.1.) in /home/kj8d9sfz7jzn/public_html/federalistpress.com/wp-includes/functions.php on line 5831
 Easter Morning 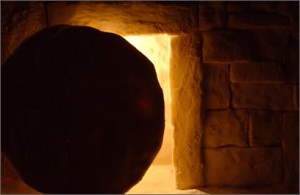 The New Testament of the Bible contains the story of the life of Jesus Christ. Within its pages is recounted how He was crucified on Friday, and his body was hastily removed from the cross and placed into a tomb hewn into the rock, with very little time to appropriately prepare the body for final burial before the Jewish Sabbath started at sunset.

It was early Sunday morning when Mary Magdalene and other women disciples arrived at the tomb to see the sepulcher and prepare His body. Suddenly there was a great earthquake and an angel of the Lord descended from heaven, and came and rolled back the stone from the door, and sat on it. His countenance was like lightning, and his raiment white as snow.

The angel said, “Fear not: for I know that you seek Jesus, which was crucified. He is not here: for he is arisen. Come, see the place where the Lord lay.” He then instructed the women to go and tell Jesus’ disciples that He was risen from the dead and that He would go before them to Galilee; and there they would see Him.

The others ran to tell the Apostles what they had seen and heard, but Mary stood at the door of the sepulcher weeping. As she wept, she stooped down, and looked into the sepulcher, and saw two angels in white sitting, one at the head and the other at the feet where the body of Jesus had lain.

They said to her, “Woman, why are you weeping?” 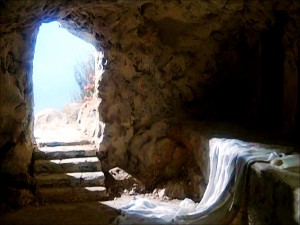 She said, “Because they have taken away my Lord, and I know not where they have laid him.”

And when she had spoken she turned back, and saw Jesus standing, but knew not that it was Him. He spoke to her and said, “Woman, why are you crying? Whom do you seek?”

She, supposing him to be the gardener, said, “Sir, if you have borne him away, tell me where you have laid him, and I will take him away.”

Suddenly recognizing His voice, she turned herself and said to him, “Rabboni,” which is to say, Master.

Jesus said to her, “Touch me not; for I am not yet ascended to my Father: but go to my brethren, and say to them, ‘I ascend unto my Father, and your Father; and to my God, and your God.’”

What is the significance of this story nearly 2,000 years later? Each of us must decide its implications and importance for ourselves, and apply its lessons in our own lives as we interpret the message for ourselves. John, the Apostle who recorded this version of the incident gives us his own explanation of why he recorded it: “But these are written, that ye might believe that Jesus is the Christ, the Son of God; and that believing, ye might have life through his name.”