Notice: Function add_theme_support( 'html5' ) was called incorrectly. You need to pass an array of types. Please see Debugging in WordPress for more information. (This message was added in version 3.6.1.) in /home/kj8d9sfz7jzn/public_html/federalistpress.com/wp-includes/functions.php on line 5831
 Local Tea Party Founder Targeted by Federal Agencies 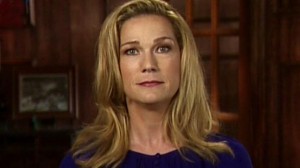 Catherine Engelbrecht has been telling people for years she’s been targeted and harassed by the federal government. Not many people listened.

But her case is receiving new attention after her congressman, Republican Texas Rep. Kevin Brady, recounted her ordeal during a high-profile House committee hearing on the IRS practice of singling out conservative groups. He claimed she was audited and visited by several different federal agencies — including the FBI — in the years after she formed her Tea Party group.

Engelbrecht is the founder of True the Vote, a Houston-based group that says its goal is to root out voter fraud. She’s claimed for years that the Internal Revenue Service was picking on her, asking her over-the-top personal questions, demanding binders full of paperwork and going after her family’s oil field machinery business.

After her case was spotlighted at Friday’s hearing, Engelbrecht explained the targeting in an interview with Fox News.

“At some point those questions cross the line,” she said.

Her troubles started, she claims, after she founded a Tea Party group called the King Street Patriots and worked as poll watcher in the local 2009 elections. She said she found major discrepancies in voting procedures and uncovered cases of political harassment and wrongdoing. She brought up the claims to local officials but they were never proved.

In July 2010, she applied for nonprofit status for two of her organizations: True the Vote and King Street Patriots.

Five months after she filed for 501(c)(4) status for KSP, Engelbrecht says the FBI Domestic Terrorism Unit called her about one of the people who had attended a KSP group meeting. Five months after that, the FBI called her again to ask “how we were doing?” A month later on June 2011, she received another FBI general inquiry, which was followed by two more in November and December.

In February 2012, the IRS asked her questions about her nonprofit application.

“The first contact we had from the IRS, in the first general round of questions, they wanted to see every Facebook posting we had made, every tweet we tweeted,” Engelbrecht told Fox News’ “Huckabee.”

Engelbrecht said IRS agents wanted to know every place she had ever spoken publicly, to whom she had spoken, what she said and her intent.

Engelbrecht said her fight for 501 (c)(3) tax exempt status for True the Vote was even more frustrating. She underwent five rounds of questioning from the IRS and still hasn’t received approval. What’s worse, she claims, is that the government also started going after her personal tax returns and those of her family’s business.

At times, Engelbrecht said she thought about not coming forward with her story.

“I really thought that the best way I could protect my family would be to keep my head down,” she said.

Both Republicans and Democrats have lashed out against the IRS over its systematic scrutiny of conservative groups during the past two election cycles.

Engelbrecht said the questions she had the biggest problems with were the ones that focused on her family.

Calls to the FBI and IRS for comment were not immediately returned.

Leave a Reply to All American Blogger – I’m No Expert, But This Looks Like a “Smidgen” of Corruption Cancel reply