Notice: Function add_theme_support( 'html5' ) was called incorrectly. You need to pass an array of types. Please see Debugging in WordPress for more information. (This message was added in version 3.6.1.) in /home/kj8d9sfz7jzn/public_html/federalistpress.com/wp-includes/functions.php on line 5831
 UN Arms Treaty Will Regulate Your Gun Ownership 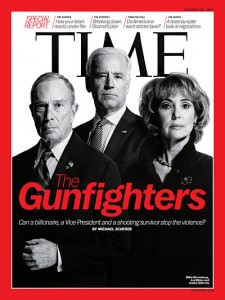 The U.N.’s Arms Trade Treaty, which seemed dead last July, is beginning to wrap up negotiations.  The Obama administration is committed to getting it passed . Secretary of State John Kerry confirmed: “The United States is steadfast in its commitment to achieve a strong and effective Arms Trade Treaty.”

The treaty was resurrected on Nov. 8 – the very day after President Obama’s re-election. Very conveniently, that the Obama administration delayed the U.N. vote in favor of renewing negotiations delayed until the president was no longer constrained by public opinion.

The Arms Trade Treaty will regulate individual gun ownership all across the world. Each country will be obligated to “maintain a national control list that shall include [rifles and handguns]” and “to regulate brokering taking place under its jurisdiction for conventional arms.”  In fact, the new background check rules approved by the Senate Judiciary Committee include just those rules — a registration system and a record of all transfers of guns.

The treaty pretends that individual weapons smugglers are the main problem.

But nations themselves will be responsible for enforcing the rules. That means Iran, China, Russia – the leading countries for the truly troubling parts of the international arms trade – are supposed to curb it.  Does anyone actually believe these nations will actually enforce these regulations against themselves?

Democracies are a different story.  Many of their civilians have freedoms to lose. And they are much more transparent on whether they are actually honoring the rules that apply to their governments.

Just like with gun control, in general, it is only the “good guys” who will obey the new rules. The U.N. Arms Trade Treaty, if passed, would only be effective against those countries that choose to obey them.

The treaty pretends that individual weapons smugglers are the main problem. But governments, not private individuals, are the primary source of weapons. For example, the FARC guerrillas fighting in Colombia get their guns from the Venezuelan government.

Unsurprisingly, the U.N. treaty provisions are the long-time favorites of American gun control advocates: registration and licensing of guns and ammunition, along with restrictions on the private gun transfers. Unfortunately, these expensive measures have a long history of failing to curb crime wherever they have been tried and primarily end up disarming law-abiding gun owners.

The treaty pushes gun registration and licensing as a way to trace those who supply these illicit weapons. Yet, to see the problem with these regulations, one only needs to look at how ineffective they have been in solving crime. Canada just ended its long gun registry last year, as it was a colossal waste of money.

Indeed, it is a costly scheme. Beginning in 1998, Canadians spent a whopping $2.7 billion on creating and running a registry just for long guns. With more people and more guns in the United States, the estimated costs for a similar registration scheme for 13 years would be about $67 billion.

Gun control advocates have long claimed registration is a safety issue. Their reasoning is straightforward: If a gun is left at a crime scene, and it was registered to the person who committed the crime, the registry will link it back to the criminal.

Unfortunately, it rarely works out this way. Criminals are seldom stupid enough to leave behind crime guns that are registered to themselves.

As to restrictions on the private transfers of guns, the most common type of regulation discussed in the U.S. today involves background checks. Yet, whether one is talking about the Brady Act or the so-called gun show loophole, economists and criminologists who have looked at this simply don’t find evidence those regulations reduce crime.  It may even increase crime, as fewer would-be victims acquire guns. Unfortunately, just like criminal gangs in the U.S. obtaining guns, it is simply wishful thinking that a United Nations treaty – no matter how well intended – can do much to stop rebel groups from getting weapons.

Obama likes to believe that his re-election gives him a mandate for sweeping changes. Well, he certainly lacks a mandate for these new gun restrictions, as he tried so hard to avoid the U.N. treaty until after the election.

The good news is that even if President Obama signs the U.N. Arms Trade Treaty, it is unlikely to be ratified by the US Senate. Nonetheless, by promoting gun control elsewhere in the world, it might eventually lead to more pressure for gun control here at home.

, an economist and former chief economist at the United States Sentencing Commission; also a leading expert on guns. He is the author of several books, including “More Guns, Less Crime.” His latest book is “At the Brink: Will Obama Push Us Over the Edge?