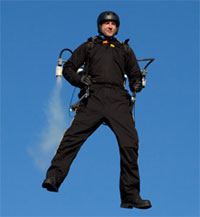 It was the last day of school and we children were amazed that the date was so special and unique, and nothing quite like it would ever come again in our lifetime.

That was 46 years ago, if my grade school math has stuck with me that well.

We sat at our desks and talked about it, wondering if we would actually think about it when we were older.  Then we reflected on what that future would bring.

Our first mental leap was to 7-7-77, just over 11 years away.  That would be a similarly unique date in history.  We would be in the middle of college then.  Oh, how things would be different for children who now had such little experience, and so little autonomy.  We would be driving then–yes, that was the important distinguishing characteristic of an adult life–the joy and freedom of driving wherever you liked, whenever you liked.  Our lives would be so much better then.

Then we moved forward in time, to 8-8-88.  We would be in our early thirties on that futuristic date, and would probably be independently wealthy, and be the captains of industry and finance–if not rulers of the known universe.  It was hard to fathom it was so far into the future.

But what of 9-9-99? we wondered aloud.  It would be just before the new millennium, the famous milestone of 2000.  Surely, the long-awaited and promised bubble-top cars would drive us wherever we commanded, while we played cards in the backseat.  Or if that was not fast enough to get us there, the jetpack would be handy by the front door.  The downside was that we would be in our mid forties, but medical science would slow the aging process down to the point where we would still  be playing baseball daily.

Then came the unspeakable 10-10-10, and everything that it portended.  We almost shuddered to think that far in advance.  It was too distant . . . too much, for our young minds to speculate about.  Would we be on the earth any longer?  Certainly, we would be visiting frequently the surface of the moon, or at least orbiting stations in space.

Just as we thought that we had exhausted the important and unique milestones of the future, having run out of 66s, 77s, 88s and the like, it occurred to me that 11-11-11 would still be a unique date that followed the pattern, then Sherri mentioned that 12-12-12 would occur just the next year.  We thought for a moment, but could not think of any additional number combinations that would fit our discussion of futuristic dates.  So that was it–12-12-12 was the last date of historic uniqueness that awaited us in the far future.

My teacher that year had been fresh to the profession, and I recalled well seeing her zoom up to the school on that first day at the beginning of the school year in her new red Mustang convertible.  That was a sweet car.  I had been her paperboy that year, and she would insist that I count out her change as she had taught me in math when I came to collect for the paper bill.  At some time in my late thirties I visited that small town with my two older children, and we dropped in on her randomly, just to thank her for a job well done.  Her husband met us at the door, and explained that she had cancer, and not much time left.  We were invited in and through her oxygen mask she visited with us until her strength gave out.  I told her good-bye, and kissed her on the cheek as we left.

As each of those special date milestones has arrived I have thought about those little children who sat innocently and talked about our futures with such awe and optimism.  There was no bubble-top car and no jetpack on any of those days, including today, and I am not the first writer to make that sad observation, I know.  But there have been changes–some for the better, and many for the worse.  The important thing to me as I look at my own children, some older and some still teachable, and wonder what their future will hold for them, is that the only date in their future that is truly important is tomorrow.  We can do something today to ensure a safe, happy, and healthy tomorrow.  Perhaps we can do little about the days that will come after tomorrow.  But today is enough to do what’s right for tomorrow, and as long as we honor it, and show proper respect and gratitude for it, tomorrow will be a great day.