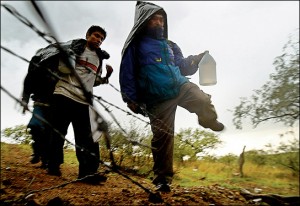 The comprehensive immigration overhaul being taken up in the Senate this week could cost taxpayers $6.3 trillion if 11 million illegal immigrants are granted legal status, according to a long-awaited estimate by the conservative Heritage Foundation.

The cost would arise from illegal immigrants tapping into the government’s vast network of benefits and services, many of which are currently unavailable to them. This includes everything from standard benefits like Social Security and Medicare to dozens of welfare programs ranging from housing assistance to food stamps.

The report was obtained in advance by Fox News.

“No matter how you slice it, amnesty will add a tremendous amount of pressure on America’s already strained public purse,” Robert Rector, the Heritage scholar who prepared the report, said in a statement.

The numbers could raise additional concerns for Republicans as a Senate committee prepares to consider the legislation later this week.

The comprehensive study also factored in the cost of public education and other services like highways and police. The government is already providing some of those services to illegal immigrants, so the $6.3 trillion figure would not represent all new costs. 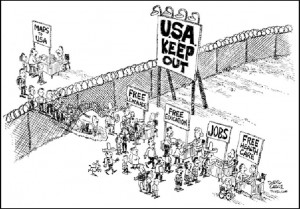 But most of that cost would be new spending, according to Heritage, as illegal immigrants gain access to additional government benefits. The study acknowledges that, for a 10-year period, illegal immigrants seeking a reprieve would be barred from these benefits. After that window, though, Heritage forecasts the costs skyrocketing.

The $6.3 trillion figure is based on what illegal immigrants would cost the government over the course of their lifetime. It factors in the expected taxes they’d pay to the government.

Supporters of immigration legislation have been skeptical of efforts to assign a cost to the immigration bill. Proponents argue that the value of bringing millions of illegal immigrants out of the shadows and presumably into the taxpaying workforce is immeasurable.

Sen. Marco Rubio, R-Fla., a key co-author of the legislation, has also stressed that illegal immigrants applying for legal status would not have access to federal benefits while they are applying.

Their eligibility, though, would change once they get a green card.

The legislation also might not legalize all 11 million illegal immigrants. Some could be disqualified if they have a felony record or other problems in their background

Heritage claims its estimate is on the conservative end.

“Those who claim that amnesty will not create a large fiscal burden are simply in a state of denial concerning the underlying redistributional nature of government policy in the 21st century,” the report said.