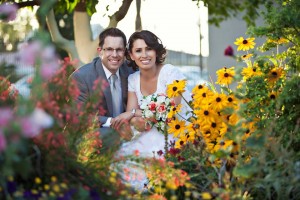 An Arizona mother of seven is being held in a Mexican prison after being accused of attempting to smuggle drugs while in the country for a family funeral.

42-year-old Yannira Maldonado, a devout Mormon who has been a U.S. citizen for 17 years, was thrown in jail while traveling on a bus back to Phoenix from her aunt’s funeral in Hermosillo with her husband Gary, MyFoxPhoenix.com reports.

The woman’s father-in-law, Larry Maldonado, tells the station the couple believed it would be safest to travel to and from Mexico on a bus from a Phoenix-based bus company. However, on the trip back, the bus was stopped by Mexican authorities, who ordered all the passengers off the bus and searched it.

The Mexican authorities then claimed they found 12 pounds of marijuana under Yannira Maldonado’s seat and took her to jail. Her family says the drugs were not hers.

“She’s never been in trouble with the law,” Larry Maldonado told MyFoxPhoenix.com. “A model mom, she’s a model citizen. Just as nice as can be and has never been involved in anything illegal. We’re just praying that she’ll come home and we can use any help we can get.”

Yannira Maldonado faces 10 years in prison if convicted of the drug smuggling charges. Her family says a judge will decide at a hearing Tuesday whether there is enough evidence in the case to proceed.

Maldonado’s daughter Ana Soto visited her mother in the prison, and was put slightly at ease by the fact her mother has not been harmed.

“I keep repeating myself but she is one strong woman,” Soto told MyFoxPhoenix.com.

The office of Arizona Sen. Jeff Flake tells MyFoxPhoenix.com the senator is personally monitoring the situation, and spoke with the deputy Mexican ambassador over the weekend regarding the case.

Federalist Press recommends that readers call their senator or representative and demand that this American mother and wife be released immediately.

A Facebook page has been set up to support Yanira Maldonado

Readers of this story may also be interested in: