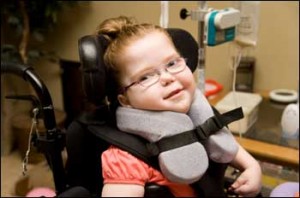 Few appear to understand that stem cells that cure an array of illnesses and conditions have already been discovered, and are being utilized in clinics around the world to heal thousands of patients. The stories that are reported on network news and in other mainstream media outlets about “scientists” working on the development of stem cells are essentially propaganda of Pharmaceutical giants and the political left to hide the truth that “adult” stem cells are here and working.

In our article of May 16, 2012 titled The Stem Cell War is Over, we outlined the political resistance by the current Administration to allow this miraculous new treatment in the U.S., based on the left’s support of embryonic stem cells–a technology that is doomed to fail.

In fact, treatment with “adult” stem cells to replace diseased tissues and dead or dying cells is here. Adult stem cells is a term that is a little confusing, because any stem cell that does not come from a fetus is “adult.” Nonetheless, these stem cells are being used to treat thousands of patients suffering from many diseases and conditions, such as arteriosclerosis, multiple sclerosis, heart disease, rheumatoid arthritis, type 2 diabetes mellitus, autism, muscular dystrophy, cerebral palsy and spinal cord injury, to name only a few, are leaving clinics in Panama, Costa Rica and China healthy and often completely cured.

The treatment technology is based on a discovery made in 2003 that isolated adult stem cells. These cells are located in one’s own body fat, where they have been stored in dormancy since the cells were new, or in umbilical cord blood, which until recently has been routinely disposed of as medical waste.

To clarify, stem cells that actually heal are non-embryonic, or “adult” stem cells. The stem cells that we often hear about in mainstream media news reports are embryonic stem cells–cells removed from aborted fetuses and put through an exhaustive and expensive series of modifications to make them suitable for transplanting. These cells are tumorous by nature, and often become cancerous in the recipient’s body, which is why the technology is a massive failure.

The Adult stem cells we are discussing are completely natural, and can be transferred from one patient to another without risk of rejection. The adult stem cells are simply injected into the recipient through an I.V., and they automatically “home” their way to the sick or injured area, and replace the dead or sickly cells. When the bad cells have been replaced, the illness or injury is repaired–permanently, in most cases.

In his new book Cells That Heal Us From Cradle To Grave: A Quantum Leap in Medical Science, Dr. Roger Nocera reveals that this medical science discovery has been developing in medical clinics around the world and proven to be effective in the treatment of many heretofore incurable diseases. Cells That Heal Us From Cradle To Grave explains how this medical science discovery is on a par with Immunology discovered two centuries ago with the smallpox vaccine, and with the discovery of antibiotics a century later. These non-embryonic stem cells have proven to be the answer to many medical problems and will become the solution to our health care cost crisis if the FDA will lift its ban on adult stem cell treatments. Dr. Nocera’s book is a primer on how this amazing new medical technology will transform our current medical health care and pharmaceutical research systems.

Although Americans spend 18% of our GDP on health care, over twice that of most Western countries, we are ranked 72nd in overall health of our citizens by the World Health Organization. As this Healing Cell Quantum Leap in Medical Science becomes widely available Dr. Nocera predicts that the ever rising costs of medical care in this country will diminish significantly and treatments will often actually cure the underlying diseases rather than merely mask the symptoms.

Fox News has recently been running stories about aspects of the new technology, although its full importance and potential ramifications for long term health care costs and prognoses in the U.S. and around the world have not yet been fully examined in those reports.

VIDEO: Fox News story and video: Cord Blood Being Used to Save Lives>