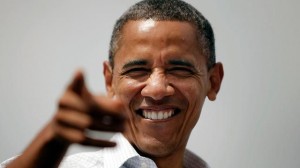 Following 4 years of economic, social and political failure by President Obama, Americans doubled down and asked him to give them more of the same.

Historically, this election could not have happened. Any president who kept the country at an average of 9% unemployment during his first term was doomed to be turned out by the electorate. A president who increased the cumulative national debt by 60% in just one term would be unelectable. Any president who presided over tens of millions entering into poverty would have been sent packing.

So why did Americans re-elect the man who is arguably the worst president in US history?  The answer is a frightening one.

It appears that America has reached that tipping point where bribing voters with their own dollars to keep a person and party in power is the norm. What MUST follow is a scene of rapid economic and political decline, like Romans who were placated by the emperors with the carnage of the Colosseum, sitting indolently, distracted by the games, while the empire crumbles around them.

The handouts will soon run out, and you will find yourselves in the streets–first, demanding what the government can no longer provide, then rioting, then starving.

Congratulations America. You’ve just made yourself into Greece.