Notice: Function add_theme_support( 'html5' ) was called incorrectly. You need to pass an array of types. Please see Debugging in WordPress for more information. (This message was added in version 3.6.1.) in /home/kj8d9sfz7jzn/public_html/federalistpress.com/wp-includes/functions.php on line 5831
 Another Islamic Terror Attack on US Soil 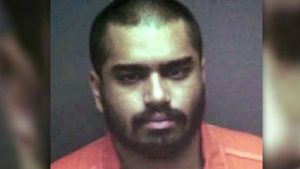 “The FBI is working with the Roanoke County Police Department following the incident that occurred on Saturday evening,” said Adam Lee, Special Agent in Charge of the FBI’s Richmond Division.

“While I cannot discuss details of the investigation at this time, I do want to reassure the community that we are working to determine the nature of the incident,” Lee said.

According to ABC News, Farooqui had traveled to Turkey in the last year and may have tried to sneak into Syria to meet with ISIS militants.

Farooqui allegedly attack a man and woman at an apartment complex in Roanoke, according to WDBJ-7. Both victims were seriously injured in the attack. Witnesses told authorities that Farooqi was yelling “Allah Akbar.”

Authorities believe that Farooqui may have been trying to behead the male victim, according to ABC News. Investigators said that there was no connection between FarooqUi and the victims.

“The FBI is working with the Police Department following the incident that occurred on Saturday evening,” Special Agent In Charge Adam Lee, head of the FBI’s Richmond field office told ABC News in a statement. “While I cannot discuss details of the investigation at this time, I do want to reassure the community that we are working to determine the nature of the incident.”

Farooqi was being held without bond at the Western Virginia Regional Jail.