In an interview, published more than a month after his death, Anthony Bourdain called former President Bill Clinton a “gropey, grabby disgusting” person and slammed the Clintons for how they handled the Monica Lewinsky scandal.

The celebrity chef and “Parts Unknown” host, who hanged himself in a French hotel in June, sat down with journalist Maria Bustillos from the magazine Popula before his death. The sit-down was published on Sunday.

Bourdain, one of the most outspoken supporters of the #MeToo movement, told the magazine it was shameful how the Clintons handled the scandal involving Lewinsky. 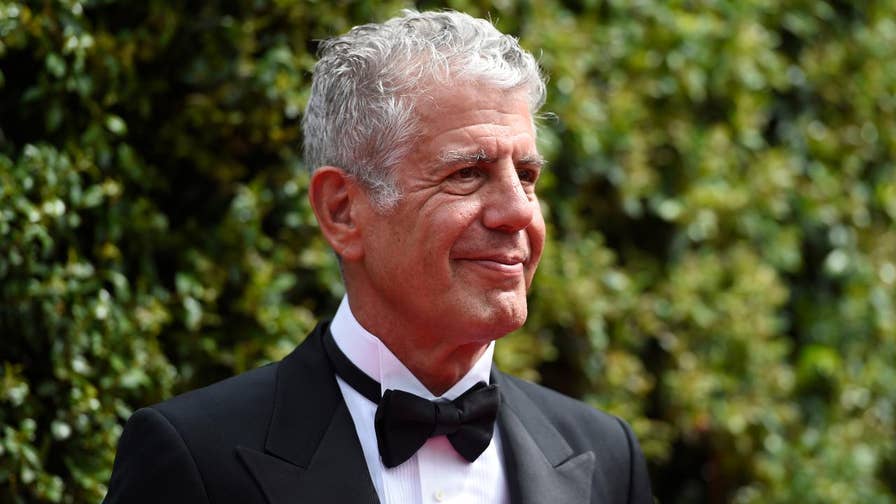 “Bill Clinton, look, the bimbo eruptions—it was f—ing monstrous. That would not have flown today,” Bourdain said about the scandal. “[Bill Clinton is] a piece of s—. Entitled, rapey, gropey, grabby, disgusting, and the way that he — and she [Hillary] — destroyed these women and the way that everyone went along, and, and are blind to this!”

Bourdain slammed the Clintons for how they handled the political sex scandal.  (Reuters)

The 61-year-old went on to say it was “unforgivable” the way the couple had shut down the accusers.

“The way they efficiently dismantled, destroyed, and shamelessly discredited these women for speaking their truth,” he said.

When asked if Clinton should have been kicked out of the office, Bourdain said no.

“I would look at this way. I would never under any circumstances vote for Bill Clinton today,” Bourdain told the magazine. “But I think impeaching the guy over Lewinsky was ridiculous. Particularly given today.”

Bourdain said it was “unforgivable” how the Clintons handled the scandal involving Monica Lewinsky and other accusers.  (Reuters)

He added, “It was the shaming, discrediting, undermining the women that made both of them unsuitable for any future endeavors. I don’t think they should’ve pulled him from office.”

Bourdain also said he was frustrated by Hillary Clinton’s reaction to the allegations against Harvey Weinstein, but when he tweeted as such, he said his words were twisted.

“I was really disappointed with the statement. But even by expressing that, the way that my comment was turned, very neatly—suddenly I wasn’t expressing disappointment in her statement; I was blaming her for Harvey Weinstein’s crimes. The way that turned very nicely was a good bit of artistry and deeply frightening to me and really, really…” he said.

When speaking about Weinstein, the celebrity chef detailed how he wants the film producer to die. 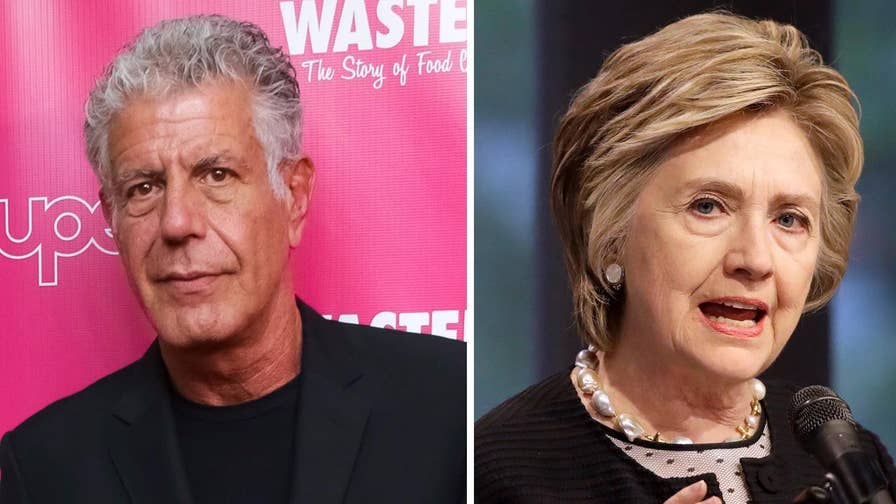 Bourdain added that he imagines Weinstein getting a “massive f—ing stroke,” before falling backwards into a bathtub.

“He finds himself, um, with his robe open feet sticking out of the tub, and in his last moments of consciousness as he scrolls through his contacts list trying to figure out who he can call, who will actually answer the phone,” the celebrity chef said.

“And he dies that way, knowing that no one will help him and that he is not looking his finest at time of death,” Bourdain said.

The TV host also spoke about his daughter Ariane, his relationship with girlfriend Asia Argento and how he would vote for Barack Obama despite finding him “very unconvincing in public.”

“Asia said this to me. Children create themselves independently of us. All you can do is show, like in my case, my daughter feels loved. She knows she’s loved. She has good self-esteem. Very important,” Bourdain said.

Anthony Bourdain often spoke out against Harvey Weinstein. He detailed how he envision how the fallen movie mogul will die.  (Reuters)

Bourdain was found unresponsive on June 8 in the bathroom of a luxury hotel in the small town of Kaysersberg. He was in France working on an upcoming episode of “Parts Unknown.”

Katherine Lam is a breaking and trending news digital producer for Fox News. Follow her on Twitter at @bykatherinelam