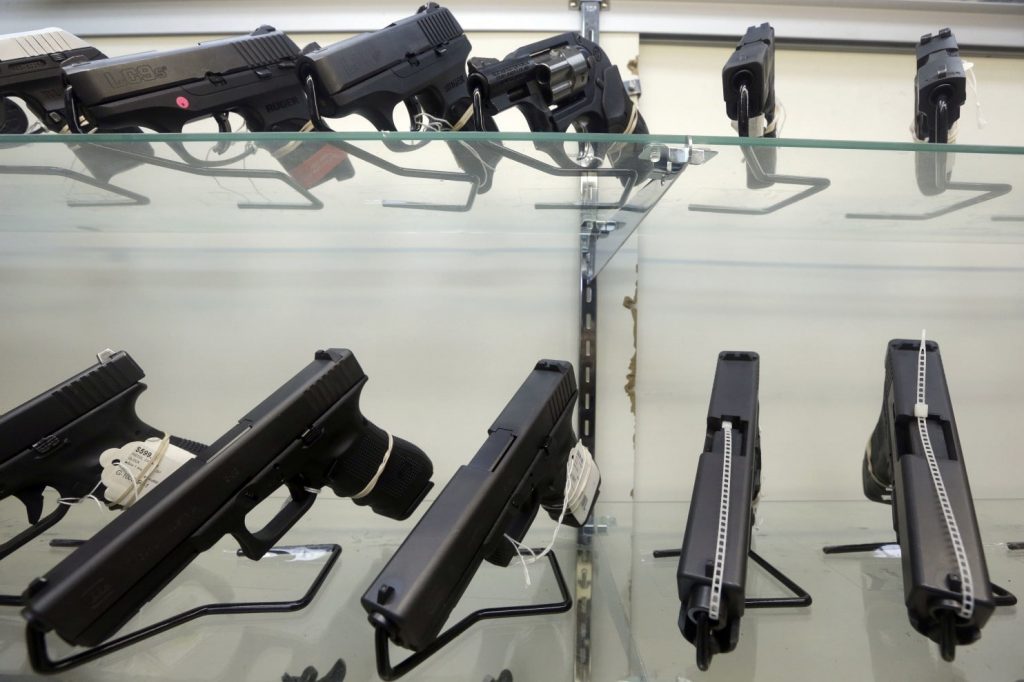 “I used to think gun control was the answer. My research told me otherwise.”

Leah Libresco is a statistician and former newswriter at FiveThirtyEight, a data journalism site. She is the author of “Arriving at Amen.”

Before I started researching gun deaths, gun-control policy used to frustrate me. I wished the National Rifle Association would stop blocking common-sense gun-control reforms such as banning assault weapons, restricting silencers, shrinking magazine sizes and all the other measures that could make guns less deadly.

Then, my colleagues and I at FiveThirtyEight spent three months analyzing all 33,000 lives ended by guns each year in the United States, and I wound up frustrated in a whole new way. We looked at what interventions might have saved those people, and the case for the policies I’d lobbied for crumbled when I examined the evidence. The best ideas left standing were narrowly tailored interventions to protect subtypes of potential victims, not broad attempts to limit the lethality of guns.

I researched the strictly tightened gun laws in Britain and Australia and concluded that they didn’t prove much about what America’s policy should be. Neither nation experienced drops in mass shootings or other gun related-crime that could be attributed to their buybacks and bans. Mass shootings were too rare in Australia for their absence after the buyback program to be clear evidence of progress. And in both Australia and Britain, the gun restrictions had an ambiguous effect on other gun-related crimes or deaths.

The story must be told.

When I looked at the other oft-praised policies, I found out that no gun owner walks into the store to buy an “assault weapon.” It’s an invented classification that includes any semi-automatic that has two or more features, such as a bayonet mount, a rocket-propelled grenade-launcher mount, a folding stock or a pistol grip. But guns are modular, and any hobbyist can easily add these features at home, just as if they were snapping together Legos.

As for silencers — they deserve that name only in movies, where they reduce gunfire to a soft puick puick. In real life, silencers limit hearing damage for shooters but don’t make gunfire dangerously quiet. An AR-15 with a silencer is about as loud as a jackhammer. Magazine limits were a little more promising, but a practiced shooter could still change magazines so fast as to make the limit meaningless.

As my co-workers and I kept looking at the data, it seemed less and less clear that one broad gun-control restriction could make a big difference. Two-thirds of gun deaths in the United States every year are suicides. Almost no proposed restriction would make it meaningfully harder for people with guns on hand to use them. I couldn’t even answer my most desperate question: If I had a friend who had guns in his home and a history of suicide attempts, was there anything I could do that would help?

However, the next-largest set of gun deaths — 1 in 5 — were young men aged 15 to 34, killed in homicides. These men were most likely to die at the hands of other young men, often related to gang loyalties or other street violence. And the last notable group of similar deaths was the 1,700 women murdered per year, usually as the result of domestic violence. Far more people were killed in these ways than in mass-shooting incidents, but few of the popularly floated policies were tailored to serve them.

By the time we published our project, I didn’t believe in many of the interventions I’d heard politicians tout. I was still anti-gun, at least from the point of view of most gun owners, and I don’t want a gun in my home, as I think the risk outweighs the benefits. But I can’t endorse policies whose only selling point is that gun owners hate them. Policies that often seem as if they were drafted by people who have encountered guns only as a figure in a briefing book or an image on the news.

Instead, I found the most hope in more narrowly tailored interventions. Potential suicide victims, women menaced by their abusive partners and kids swept up in street vendettas are all in danger from guns, but they each require different protections.

Was the Las Vegas shooting the worst in U.S. history? It depends.

While the attack on the Las Vegas strip is the deadliest in modern American history, attacks in the 19th and 20th centuries had higher death tolls. Here are two deadly events in American history that you may not have heard about. (Victoria Walker/The Washington Post)

Older men, who make up the largest share of gun suicides, need better access to people who could care for them and get them help. Women endangered by specific men need to be prioritized by police, who can enforce restraining orders prohibiting these men from buying and owning guns. Younger men at risk of violence need to be identified before they take a life or lose theirs and to be connected to mentors who can help them de-escalate conflicts.

Even the most data-driven practices, such as New Orleans’ plan to identify gang members for intervention based on previous arrests and weapons seizures, wind up more personal than most policies floated. The young men at risk can be identified by an algorithm, but they have to be disarmed one by one, personally — not en masse as though they were all interchangeable. A reduction in gun deaths is most likely to come from finding smaller chances for victories and expanding those solutions as much as possible. We save lives by focusing on a range of tactics to protect the different kinds of potential victims and reforming potential killers, not from sweeping bans focused on the guns themselves.