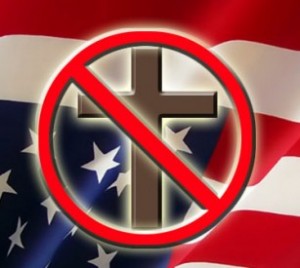 A U.S. Army officer sent an email to dozens of subordinates listing the American Family Association and Family Research Council as “domestic hate groups” because they oppose homosexuality — and warned officers to monitor soldiers who might be supporters of the groups.

“Just want to ensure everyone is somewhat educated on some of the groups out there that do not share our Army Values,” read an email from Lt. Col.  Jack Rich to three dozen subordinates at Fort Campbell in Kentucky. “When we see behaviors that are inconsistent with Army Values – don’t just walk by – do the right thing and address the concern before it becomes a problem.”

Tony Perkins, president of the Family Research Council, told Fox News he was disturbed by the contents of the email.

“It’s very disturbing to see where the Obama Administration is taking the military and using it as a laboratory for social experimentation  — and also as an instrument to fundamentally change the culture,” he said. “The message is very clear – if you are a Christian who believes in the Bible, who believes in transcendent truth, there is no place for you in the military.”

The Army denied there is any attack on Christians or those who hold religious beliefs.

“The notion that the Army is taking an anti-religion or anti-Christian stance is contrary to any of our policies, doctrines and regulations,” said George Wright, Army spokesman at the Pentagon. “Any belief that the Army is out to label religious groups in a negative manner is without warrant.”

Wright said they are checking into the origin of the email. At this point it’s unclear who ordered the email to be sent and why.

The 14-page email documented groups the military considers to be anti-gay, anti-immigrant and anti-Muslim. Among the other groups mentioned are Neo-Nazis, Racist Skinheads, White Nationalists and the Ku Klux Klan.

The Family Research Council and the American Family Association were listed as being anti-gay.

“The religious right in America has employed a variety of strategies in its efforts to beat back the increasingly confident gay rights movement,” the officer wrote. “One of those has been defamation.”

The officer accused the “Christian Right” of “engaging in the crudest type of name-calling, describing LGBT people as ‘perverts” with ‘filthy habits’ who seek to snatch the children of straight parents and ‘convert’ them to gay sex,” he wrote.

Last week, Fox News reported that an Army training instructor told a Reserve unit based in Pennsylvania that Evangelical Christianity and Catholicism were examples of religious extremism. The Army categorized that episode as an isolated incident.

Ron Crews, executive director of the Chaplain Alliance, told Fox News that the latest revelation is proof of a much larger problem within military leadership.

“We’re concerned that this is more than an isolated incident,” he said. “We’d like answers. Is there a policy in the military concerning people of faith?”

Crews said that soldiers have religious liberty – and they should not be punished for being members of respected religious groups.

“This is part of a trend that is concerning us,” he said. “Several in the military have this belief that evangelicals and people who hold to traditional values seem to be a problem and need to be monitored.”

Lt. Gen. (Ret.) Jerry Boykin, now an executive vice president of the FRC, told Fox News that all Americans should be concerned about the contents of the email.

“If this is the action of a single Army lieutenant colonel, it needs to be investigated,” he said. “On the other hand, if what he reflects is a shifting policy or attitude of the Army or DOD, then I think it is a much bigger issue.”

Boykin served more than 36 years in the military before retiring in 2007. Since 2008 he said he’s seen withering attacks on religious liberty.

But Boykin called the newly-uncovered email the most “egregious” attack.

“That kind of rhetoric is isolating the institution of the military from a large sector of the American population,” he said. “This is an attack not only on the Christian faith, but on fundamental, traditional American values.”

Crews said the military is getting their information on domestic hate groups from the Southern Poverty Law Center. And the email written by the lieutenant colonel referenced the organization.

“This is disturbing that the military would use this list composed by the Southern Poverty Law Center when these organizations that are highly esteemed and respected in the evangelical community,” he said.

The Chaplain Alliance filed a Freedom of Information Act request – asking if the SPLC list had been widely distributed in the military or if had been used in a formal manner.

The response they got from the Dept. of Defense left Crews troubled.

“They told us they had no record of the SPLC list being used,” he said – even though the email clearly proves otherwise.

“This is part of a trend that is concerning us,” he said. “We believe it is more widespread than the military is acknowledging. We keep getting calls from military personnel telling us of their issues.”

David Jeremiah, the pastor of Shadow Mountain Community Church, was among the first to publicly support the FRC and AFA and denounce the attack.

Shadow Mountain is an evangelical mega-church near San Diego – attended by many military families. Jeremiah said he suspects there is a significant disconnect between the Pentagon and the rank and file troops.

“There are so many good and godly people in the military who would be appalled to think that their leaders would be saying things like this,” he said. “The attempt on the part of the social engineers of our day to secularize our culture is in full swing. Everything they can do to remove God, the Bible and morality from the marketplace is being done – not subtly but overtly.”