Notice: Function add_theme_support( 'html5' ) was called incorrectly. You need to pass an array of types. Please see Debugging in WordPress for more information. (This message was added in version 3.6.1.) in /home/kj8d9sfz7jzn/public_html/federalistpress.com/wp-includes/functions.php on line 5831
 Austin Bomber’s 25-minute Recording Detailed Deadly Crimes

Mark Anthony Conditt, the man linked to the deadly bombings that rocked Austin, Texas, and surrounding areas over the past month, recorded a 25-minute-long “confession” to his crimes, police said late Wednesday.

Officers located the recording, in which Conditt, 23, described creating seven devices, including one he blew up during the conflict with police, Austin Police Chief Brian Manley said at a news conference. The recording was made on a phone, which was found in the suspect’s possession following the confrontation.

Conditt described the bombs “with a level of specificity,” including their differences, Manley said.

In the recording, the suspect did not mention “anything about terrorism, nor does he mention anything about hate,” the police chief said. The message is rather “the outcry of a very challenged young man talking about challenges in his personal life.”

Police said all seven devices have been found, suggesting there was no further threat from Conditt to people in the area.

The community should still “remain vigilant,” Manley said, despite the “described seven explosive devices” being “no longer in play.”

Manley told reporters that authorities believe the recording was made between nine and 11 p.m. Tuesday night and “there was no reason given for why he selected” the affected individuals.

The string of bombs killed two people and injured four others in the Texas capital. Conditt blew himself up in a motel parking lot overnight as a SWAT team approached his SUV early Wednesday, banging on his car window. 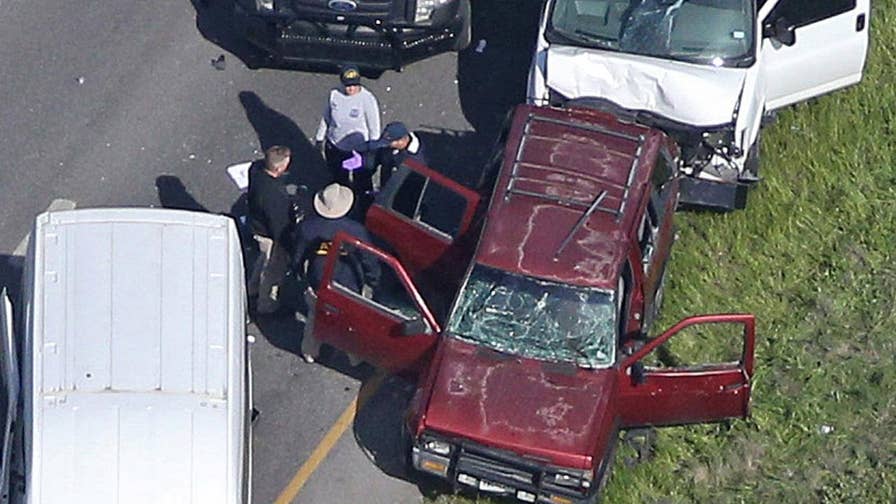 Manley said that within seconds, the suspect had detonated a bomb in his car, blasting the officers backward before one officer fired his weapon at the suspect. The police chief said the county medical examiner has not finalized the cause of death, but that the bomb caused “significant” injuries.

Texas Gov. Greg Abbott praised the police department’s handling of the case, saying they did everything in their power to locate and apprehend the “treacherous, evil criminal” responsible for the bombings.

“We will take away from this the importance of being able to respond quickly but also lessons learned to make that heinous, inexplicable bombing actions by a crazed madman will be able to be minimized because of the way that law enforcement has been galvanized to ensure that we keep our community safe,” Abbott added. 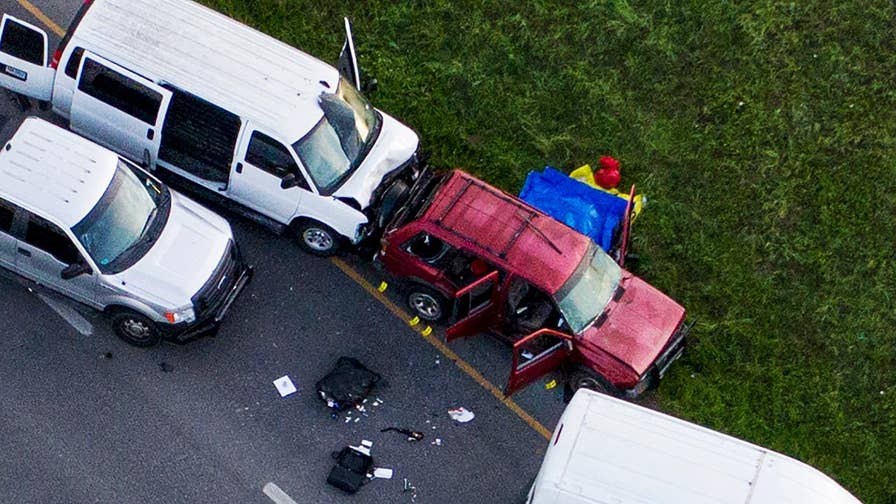 Describing the scene in which Conditt was captured, Combs said he’d seen a video of the action, which showed “Austin police officers running towards a vehicle that had an explosive device in it that detonated.”

“That’s unbelieveable courage,” he said. “Those are heros.”

Conditt’s family said in a statement that they were “devastated and broken” at the news of his involvement. In the statement, the family expressed shock and grief, and offered “prayers for those families who have lost loved ones … and for the soul of our Mark.”