Notice: Function add_theme_support( 'html5' ) was called incorrectly. You need to pass an array of types. Please see Debugging in WordPress for more information. (This message was added in version 3.6.1.) in /home/kj8d9sfz7jzn/public_html/federalistpress.com/wp-includes/functions.php on line 5831
 BACKFIRE-Trump Paid Higher Tax Rate than Obama, Comcast and Bernie Sanders

With all the talk of President Trump and his 2005 tax return, let’s put what he paid in perspective, shall we?

Trump in 2005 paid a higher tax rate than President Obama and Sen. Bernie Sanders in 2015 and 2014 respectively, as well as a higher percentage than Comcast’s average tax rate. Comcast being the parent company of nothingburger journalist Rachel Maddow’s employer, MSNBC: 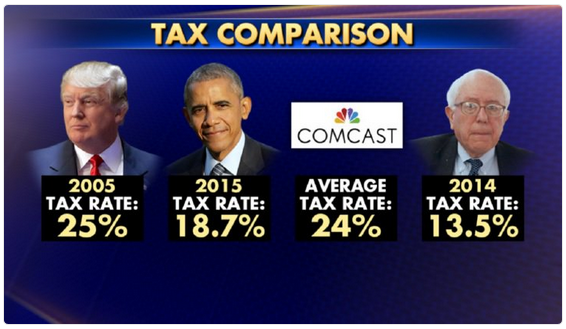 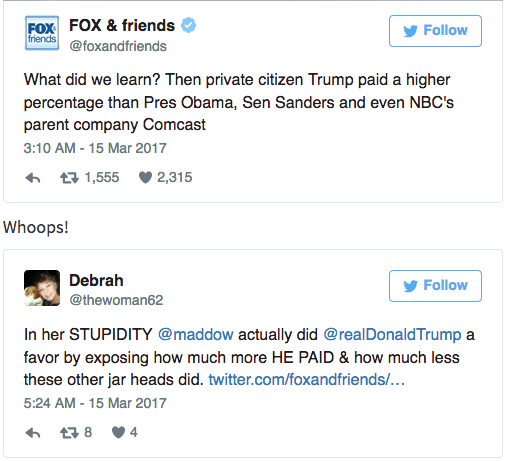 Maybe we should be thanking Maddow for bringing this to our attention? 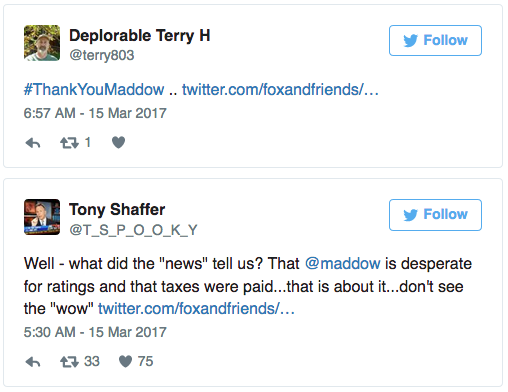 Over to you, Bernie. Pay up!

And too bad this didn’t get leaked during the campaign:

Exit question: When will they admit there’s nothing here?