Notice: Function add_theme_support( 'html5' ) was called incorrectly. You need to pass an array of types. Please see Debugging in WordPress for more information. (This message was added in version 3.6.1.) in /home/kj8d9sfz7jzn/public_html/federalistpress.com/wp-includes/functions.php on line 5831
 Barcelona ‘Terror Attack’: Several Wounded

DEVELOPING: Several people were injured after a white van rammed into dozens of people in a popular tourism district of Barcelona Thursday in what local police described as a likely “terror attack.”

The incident took place on Las Ramblas of Barcelona, the famous main pedestrian walk way that crosses the city. Police described the incident on Twitter as a “massive crash.” 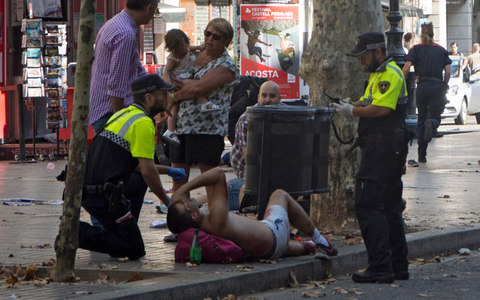 In a photograph shown by public broadcaster RTVE, three people were lying on the ground in the street and were apparently being helped by police and others.

A grisly video of the incident appeared to show at least five people lying motionless on the ground, with legs twisted and heads bloodied. 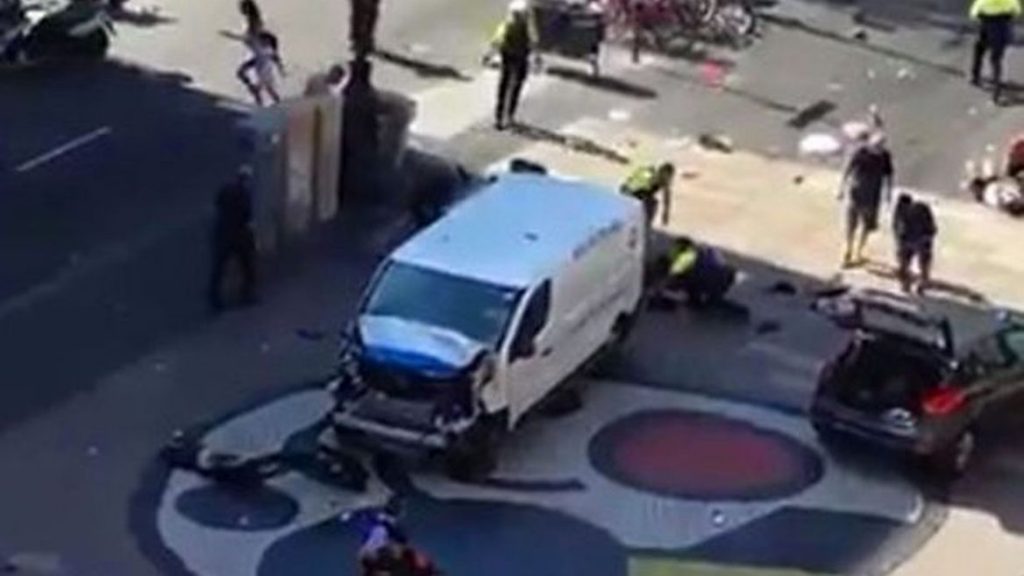 The Spanish newspaper El Pais quoted unnamed police sources as saying the perpetrators of the crash were holed up in a bar in Tallers Street. There was no immediate police confirmation of the report.

Catalan emergency services said people should not go to the area around Placa Catalunya, according to Reuters.

Witnesses told El Pais the driver ran over several people, and there were injured people lying on the ground.

El Pais, citing a police source, said the driver of the van fled the scene after the crash

One witness said the van “has trampled people while crossing the traffic light.”

The Ministry of the Interior said on Twitter: “There has just been a massive crash on the Ramblas in Barcelona by a person with a van. There are injured.”

Police officers tell members of the public to leave the scene in a street in Barcelona, Spain, Thursday, Aug. 17, 2017  (AP Photo/Manu Fernandez)

Emergency services in Catalonia say they have asked the Metro and train services in the area to close.

Police cordoned off the broad street and shut down its stores. They asked people to stay away from the area so as not to get in the way of the emergency services. A helicopter hovered over the scene. 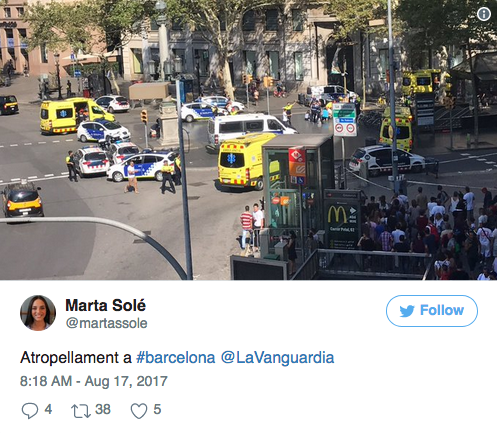 The U.S consulate in Barcelona said on Twitter it was “aware of a reported incident at Las Ramblas in Barcelona. Please avoid the area and monitor local police @mossos for updates.”

“Americans in Spain: If you are safe, be sure to notify friends and loved ones. If you use social media, be sure to update your status,” the consulate tweeted.

The National Counterterrorism Center, the government hub for threat analysis, confirmed to Fox News the center is monitoring the events in Barcelona and note the use of a vehicle as a weapon.

Since July 2016, vehicles have been used to ram into crowds in terror attack across Europe, killing well over 100 people in Nice, Berlin, London, and Stockholm.

Las Ramblas is a packed tourist area in central Barcelona whose central feature is a broad promenade leading to the water. The stretch is lined with numerous shops, restaurants, a sprawling market and Gaudí architecture.

People walk down a wide, pedestrianized path in the center of the street, but cars can travel on either side of the area.