Notice: Function add_theme_support( 'html5' ) was called incorrectly. You need to pass an array of types. Please see Debugging in WordPress for more information. (This message was added in version 3.6.1.) in /home/kj8d9sfz7jzn/public_html/federalistpress.com/wp-includes/functions.php on line 5831
 Boehner Calls on Obama to Release Benghazi Emails 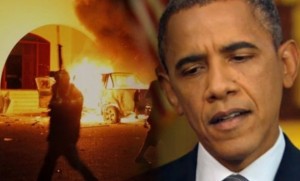 Pressure on the Obama administration to release more information about the Benghazi attack grew Thursday, as House Speaker John Boehner demanded officials turn over emails pertaining to the controversial “talking points” and another top Republican appealed for more whistle-blowers to come forward.

On the heels of a dramatic hearing where three whistle-blowers testified, Fox News has learned that former Vice President Dick Cheney on Thursday, on the Hill for a meeting with House Republicans, also told lawmakers: “I think Hillary (Clinton) should be subpoenaed if necessary.”

The comments and developments signal that Republicans will continue to press for answers on the deadly Sept. 11 attack. Despite arguments from Democrats that the hearing was not nearly as shocking as Republicans made it out to be, GOP lawmakers said it raised troubling questions that need to be investigated.

“The truth shouldn’t be hidden from the American people behind a White House firewall,” Boehner said Thursday. “Four Americans lost their lives in this terrorist attack. Congress will continue to investigate this issue, using all of the resources at our disposal.”

Boehner specifically urged the Obama administration to make public a set of internal emails that some lawmakers had been able to review but not keep.

One of the emails apparently showed a top State Department official saying a group affiliated with Islamic terrorists was responsible for the strike. Separate emails, though, allegedly depict the White House and State Department pressing lower-level officials to remove references to terrorism in talking points about the attacks.

Based on those talking points, U.N. Ambassador Susan Rice would go on five Sunday talk shows shortly after the attacks to claim they were triggered by protests over an anti-Islam film. Top officials would later claim the flawed assessment was based on the best intelligence at the time, but the testimony from whistle-blowers Wednesday indicated that those on the ground knew the attack was terrorism.

“The YouTube video was a non-event in Libya,” Greg Hicks, deputy chief of mission in Libya, testified Wednesday.

After the hearing, Republican Rep. Darrell Issa said he will continue to seek whistle-blowers to “come forward.”

Issa, R-Calif., is chairman of the House Oversight and Government Reform Committee, which held the hearing.

The wide-ranging and dramatic testimony Wednesday raised several fresh questions about the attack. Witnesses questioned why security had not been tightened in Benghazi in the months leading up to the assault and why U.S. military assets did not respond sooner that night, with one alleging a military team was not given permission to fly from Tripoli to Benghazi the next morning.

Further, they raised serious concerns about the administration’s initial decision to describe the attack as a protest gone awry despite evidence on the ground to the contrary.

In startling testimony, Hicks also claimed the State Department retaliated against him after he raised questions about that decision. He claimed that Assistant Secretary of State for Near Eastern Affairs Elizabeth Jones delivered a “blistering critique” of his management style after he criticized Rice’s initial claim that the attack was tied to anger over an anti-Islam film. He also claimed that he was counseled to avoid personally discussing the attack with Republican Rep. Jason Chaffetz and was “effectively demoted” to a desk officer in the end.

Issa, in a written statement after Wednesday’s hearing, called the alleged retaliation and intimidation “perhaps most troubling.”

Rep. Elijah Cummings, D-Md., top Democrat on the committee, vowed to protect the whistle-blowers while criticizing his Republican colleagues for allegedly trying to politicize the tragedy. He claimed afterward that the testimony only served to undercut Republican allegations.

“What should have been a bipartisan investigation involving our national security was another sorry example of Republicans promising explosive new facts but delivering only a press spectacle,” he said in a statement.

The committee may move to hear testimony next from at least one leader of the State Department’s internal review of the Benghazi attack. Though the leaders, former Joints Chiefs of Staff Adm. Mike Mullen and former Ambassador Thomas Pickering, apparently declined to testify, Pickering told MSNBC on Wednesday that he is willing to speak.

Issa spokesman Frederick Hill on Thursday noted the “change of heart” — but also said neither Pickering nor the administration has contacted the committee about possible testimony.

Several claims from Wednesday’s hearing could open up new lines of inquiry on the attack and its aftermath. Among them, Hicks claimed that Rice’s faulty claims about the nature of the attack hurt the FBI investigation.

Hicks argued that Rice’s comments so insulted the Libyan president — since they contradicted his Sept. 16 claims that the attack was premeditated — that it slowed the FBI’s investigation.

“President Magariaf was insulted in front of his own people, in front of the world. His credibility was reduced,” Hicks said, adding that the president was apparently “still steamed” two weeks later.

This bad blood, he claimed, contributed to the FBI team being stuck in Tripoli for about 17-18 days.

“I definitely believe that it negatively affected our ability to get the FBI team quickly to Benghazi,” he said, adding that the U.S. could not even get the Libyans to secure the crime scene during that time.