Notice: Function add_theme_support( 'html5' ) was called incorrectly. You need to pass an array of types. Please see Debugging in WordPress for more information. (This message was added in version 3.6.1.) in /home/kj8d9sfz7jzn/public_html/federalistpress.com/wp-includes/functions.php on line 5831
 BOMBSHELL–Clinton and DNC Paid for Fake Russian Dossier on Trump 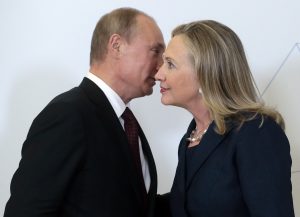 The controversial dossier containing salacious allegations about President Donald Trump and his possible connections to Russia, including coordination between the Trump campaign and the Kremlin, resulted from funding by Hillary Clinton’s presidential campaign and the Democratic National Committee to the firm Fusion GPS, a source familiar with the situation confirmed to Fox News.

Steele had ties both to the U.S. intelligence community and the FBI. 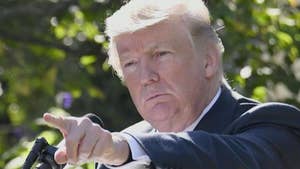 Prior to the firm being retained in April 2016 by Elias and his law firm, Perkins Coie, Fusion GPS’s research had been subsidized by an unidentified Republican during the GOP primary.

But the Clinton campaign – and the DNC – saw the research through, funding the firm through the end of October 2016, just days before Trump defeated Clinton in the general election, according to The Post’s reporting.

Steele’s findings and other research were then submitted to Elias via Fusion GPS, The Post reported. The method and the amount of the information that was provided to the campaign and the DNC wasn’t immediately clear. It also wasn’t known who in those organizations knew about the roles of both Steele and Fusion GPS.

Following Trump’s victory, The Post reported, the FBI arranged to pay Steele to proceed with intelligence gathering about both Trump and Russia. That deal was later nixed after the former intelligence officer was identified in news reports. 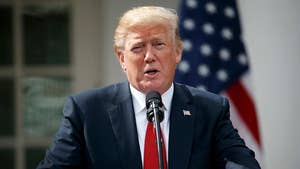 Battle over unverified Trump dossier ends up in DC court

Perkins Coie was paid $5.6 million in legal fees by the Clinton campaign in a time period ranging from June 2015 to December 2016, The Post reported, citing campaign finance records. The DNC also paid the firm $3.6 million for “legal and compliance consulting” going back to November 2015.

Sources told The Post that neither the Clinton campaign or the DNC specifically directed Steele’s work, labeling the intelligence officer simply as a Fusion GPS subcontractor.

Fusion GPS has recently been in the spotlight of congressional Republicans as they’ve tried to get the firm to reveal those who supported Steele’s work.

Fusion GPS has refused to do so, citing client confidentiality agreements. 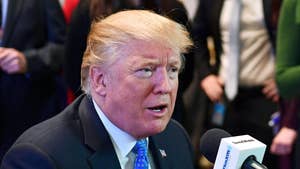 Officials with the firm have also invoked their right to refuse to answer questions from the House Intelligence Committee. Rep. Devin Nunes, R-Calif., subsequently subpoenaed the firm’s bank records in order to identify the client who subsidized the dossier.

The report on the dossier’s funding come just days after the president tweeted about the controversial file. “Officials behind the now discredited ‘Dossier’ plead the Fifth,” Trump tweeted on Oct 21. “Justice Department and/or FBI should immediately release who paid for it.”

“Tom Perez and the new leadership of the DNC were not involved in any decision-making regarding Fusion GPS, nor were they aware that Perkins Coie was working with the organization,” DNC Communications Director Xochitl Hinojosa said in a statement following the report’s publication.

“But let’s be clear, there is a serious federal investigation into the Trump campaign’s ties to Russia, and the American public deserves to know what happened.”

First published by Buzzfeed in January, the dossier contained a series of controversial financial and sexual allegations about Trump.