Notice: Function add_theme_support( 'html5' ) was called incorrectly. You need to pass an array of types. Please see Debugging in WordPress for more information. (This message was added in version 3.6.1.) in /home/kj8d9sfz7jzn/public_html/federalistpress.com/wp-includes/functions.php on line 5831
 Born This Way? 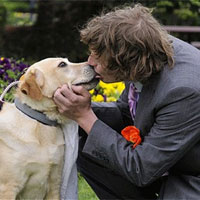 On June 10, we reprinted an article from The Weed that we titled Gay Confession – Loving The Straight Life, in which a happily married father of three explains that in spite of his same sex attraction, he chooses to live a normal life, and finds it entirely satisfying . . . emotionally, spiritually and sexually.

The article is very revealing, and should be used as a primer for every person and organization that reaches out to people with same sex attraction.

The left has adopted gay people as one of their rainbow coalition special interest groups, and everyone from the president to Hollywood types to screaming Occupy anarchists agree that there is only one possible life path for someone who has a natural same sex attraction—engage sexually with those of the same sex.

The editors of the Federalist Press were inundated with a barrage of ugly comments for reprinting the article, most of which merely claimed that the article was a hoax, but many of which claimed that some sort of coercion was brought to bear or that the editors are actually closeted gays with more empathy than sympathy for those who bear this burden.

America’s brainwashing on the subject of homosexuality is complete. The subject has been so shoved down our throats (what can we say?) and the orthodoxy of the lifestyle so thoroughly ingrained in our collected psyche that anyone who dares step out of line and asks a question is immediately shouted down with mean-spirited epithets—a common practice of the pro-free-speech left.

Let us pose a thought . . . one that has not been dictated by the government or disseminated by its media outlets . . . that perhaps those who have natural inclinations toward same sex attraction don’t need to pursue those inclinations. Oh, what hell there will be to pay for such a concept in such modern and tolerant times . . . but just hear me out.

We have many behaviors, which, even in our decaying society, are still considered to be abhorrent. For instance, there are the pedophiles. These are people who have a natural sexual attraction to children. Do we as a society say to them, “Well, because your sexual attraction to children is natural, then go right ahead and have them sexually at your leisure”? In fact, we don’t.

One might say, we don’t allow that because it is wrong to impose an adult’s will over a child’s will, especially in such a critical area (notwithstanding the millions of children who lose out to adults’ “choice” every year and end up getting flushed in a medical waste bag). If that is true, then what about those who have a natural sexual attraction to animals? Yes, bestiality is quite alive and thriving in many quarters. Do we say to those who are different than ourselves in their sexual desires, “No, you may not satisfy your sexual lusts with critters around the yard?” In fact, we do. There are very few places where one can freely engage in sexual activity with animals.

In fact, a viable society puts many restrictions on the sexual behaviors of its members, notwithstanding the many and varied natural inclinations of those members to the contrary. Is this wrong? Perhaps we need to rethink the entire proposition. Perhaps we should follow our heroic president (yes, he had the courage to come out of the closet for gays and collect $ millions from Hollywood, and he gunned down Bin Laden at great personal risk) and broaden the scope of marriage to all of those whose tastes for sex differ from the norm. Marriage between men and boys is at the top of the list for NAMBLA (North American Man-Boy Love Association) members, and marriage between people and farm animals and house pets would suit thousands.

Yes, rethinking our entire underlying moral and social philosophy is something that an enlightened society like ours must do if we are to follow our president and his social engineers on the left. In fact, all great societies have done so . . . just before collapsing, as we are doing now.

The editors laud all of those who seek to live healthy, fulfilling lives, despite any burden that they may be called upon to bear. Life is not easy, for any of us. We all bear secret burdens that those around us know little or nothing of. An overwhelming desire to bed a favorite movie star? Must society encourage that sexual inclination? Or perhaps an insatiable appetite for Big Gulps, or Big Macs. Of course, the government is there to save us from ourselves when it comes to those choices.

If we were to all follow the 1960s chant of the left, “If it feels good, do it,” we would have already disintegrated into a drug-riddled, immoral, godless, self-absorbed, child-aborting, socialistic . . . oh. Perhaps the president is correct . . . marry anyone or anything, and never go against your natural inclinations. Rising above your natural circumstances and proclivities and becoming a better person is old fashioned.