Notice: Function add_theme_support( 'html5' ) was called incorrectly. You need to pass an array of types. Please see Debugging in WordPress for more information. (This message was added in version 3.6.1.) in /home/kj8d9sfz7jzn/public_html/federalistpress.com/wp-includes/functions.php on line 5831
 Boston Bombers Were Set to Bomb Times Square Next 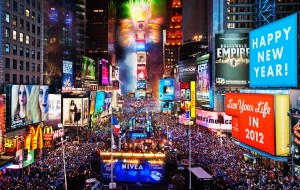 The Boston Marathon bombing suspects had Times Square in their sights before law enforcement authorities put an end to their bloody terror spree, according New York City Mayor Michael Bloomberg.

“New York was next on their list of targets,” Bloomberg said of brothers Tamerlan and Dzhokhar Tsarnaev. Bloomberg said he received confirmation of the chilling second phase of their plot from the FBI. “The fact is, New York City remains a prime target for those who hate America and want to kill Americans.”

“New York was next on their list of targets.”- New York Mayor Michael Bloomberg

Police Commissioner Ray Kelly said the brothers, Muslims from Dagestan, a breakaway republic in Russia, hatched their plot to attack Times Square while driving the streets of Cambridge last Thursday in a Mercedes SUV they had carjacked from a man who later escaped. Kelly called the New York plot “spontaneous,” and said they had six bombs with them in the car, some of which they hurled at police cars hours later when they were being pursued in a chase that culminated in Tamerlan Tsarnaev’s death.

One of the bombs the brothers had in the stolen car was a pressure cooker bomb, identical to one used in the marathon attack, and packed with gunpowder and shrapnel, Kelly said. Both Kelly and Bloomberg noted surveillance cameras, a contentious subject in New York, played a key role in solving the bombing in Boston, Bloomberg’s hometown. Still, the mayor said there was no way of knowing if the brothers could have pulled off a second attack in America’s largest city.

“We don’t know if we would have been able to stop the terrorists had they arrived here from Boston,” Bloomberg said. He said he did not know of a specific target within Times Square.

Times Square was targeted by Muslim terrorist Faisal Shahzad in a failed 2010 plot. Kelly said at least one Tsarnaev brother was photographed in Times Square last year, first on April 18 and then later on an unspecified day in November.

Kelly said the plot was revealed in a bedside interrogation of Dzhokhar Tsarnaev in Boston’s Beth Israel Deaconess Medical Center, where he remains in fair condition. The 19-year-old suspect spoke to FBI agents intermittently over a 16-hour period before a federal judge showed up at the hospital and read him his Miranda rights, after which he clammed up, according to law enforcement sources.

The brothers are suspected of setting two bombs at the finish line of the race April 15. Three people were killed and more than 200 injured. Dzhokhar Tsarnaev could face the death penalty if convicted in the attacks, which he said were prompted by the brothers’ religious beliefs and anger over the U.S. wars in Iraq and Afghanistan.