Notice: Function add_theme_support( 'html5' ) was called incorrectly. You need to pass an array of types. Please see Debugging in WordPress for more information. (This message was added in version 3.6.1.) in /home/kj8d9sfz7jzn/public_html/federalistpress.com/wp-includes/functions.php on line 5831
 Boston Marathon Suspects Islamic Terrorists, Not Chechen Separatists

Editor’s note: Terror expert Steve Emerson spoke with Fox News anchor Megyn Kelly Friday about suspects’ possible motives in the Boston Marathon terror attacks. The following is a summary of the information he shared with her: 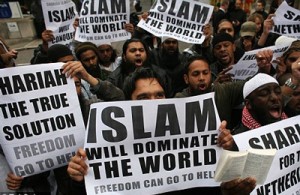 Emerson’s Investigative Project on Terrorism reviewed videos posted on the YouTube channels of Tamerlan Tsarnaev and his younger brother Dzhokhar A. Tsarnaev.

Both brothers had YouTube channels in the United States and in Russia. Emerson’s group reviewed about half of the 22 videos posted on the U.S. channel. The videos were viewed by a small number of people. One video received 5,000 views, another just 1,000 views.

Based on the content of the videos, which feature Bin Laden, calls to kill Americans, Jews, Christians and exhortations to establish a world-wide caliphate, it is clear that these message are not directed just at Chechens. “They are directed primarily against all non-Muslims and are very similar to the Al Qaeda videos we’ve seen in years past.” 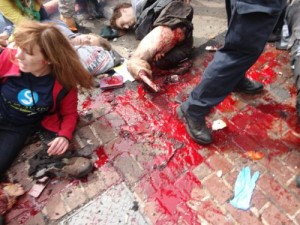 The two brothers clearly want “to express a message that they totally sympathize with the jihadist cause. These were jihadists, they were not just Chechen separatists.”

Steven Emerson is executive director of the Investigative Project on Terrorism

and the executive producer of a new documentary about the Muslim Brotherhood in America “Jihad in America: the Grand Deception