Notice: Function add_theme_support( 'html5' ) was called incorrectly. You need to pass an array of types. Please see Debugging in WordPress for more information. (This message was added in version 3.6.1.) in /home/kj8d9sfz7jzn/public_html/federalistpress.com/wp-includes/functions.php on line 5831
 Broward Coward – Deputy Who Hid During School Shooting Seeks Armed Guards

Cop who didn’t enter school during Florida shooting resigns, has home guarded, is slammed as ‘coward’ by Trump

The home of the former school resource deputy who stayed outside the Florida high school as last week’s massacre unfolded was being protected Friday by law enforcement officials — even as President Trump called out the ex-cop, suggesting he was a “coward.” 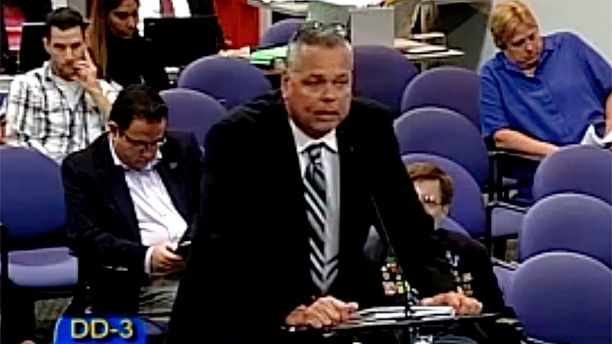 Reporters who attempted to approach the West Palm Beach home of ex-Broward County Sheriff’s Office Deputy Scot Peterson were reportedly met with resistance from at least six police officers who were standing guard outside.

“They prevented us from approaching the house,” WSVN’s Frank Guzman tweeted Thursday. 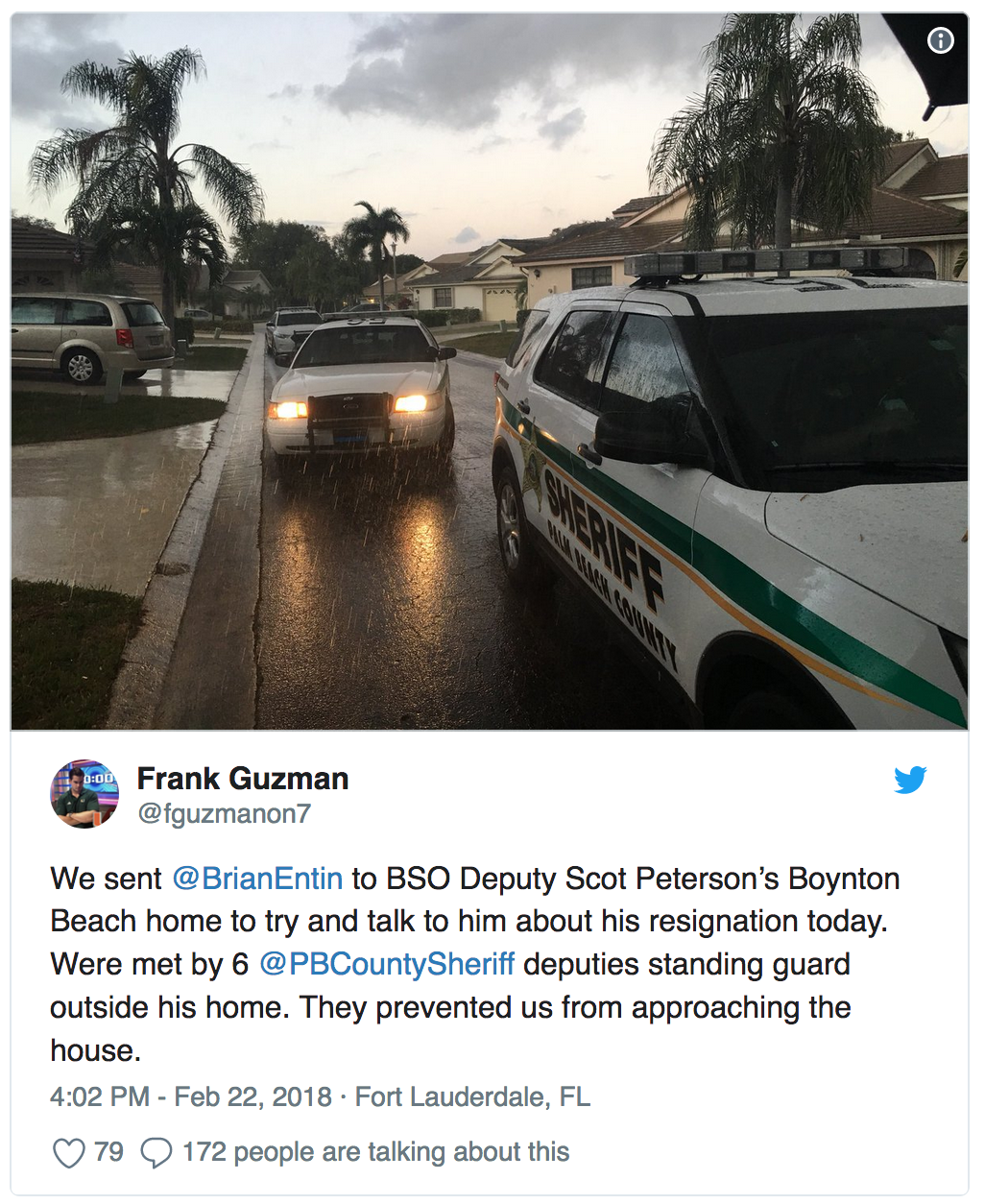 An Associated Press reporter said he approached Peterson’s home Thursday night, seeing lights on inside and cars present. He rang the doorbell twice, but no one answered.

Before departing for his speech at the Conservative Political Action Conference on Friday morning, Trump, in a set of fiery remarks, lambasted Peterson.

“When it came time to get in there and do something, he didn’t have the courage, or something happened,” Trump said. “He certainly did a poor job. That’s the case where somebody was outside, they are trained, they didn’t react properly under pressure or they were a coward.”

Broward County Sheriff Scott Israel said Peterson, who was armed when gunman Nikolas Cruz opened fire at Marjory Stoneman Douglas High School, “never went in[to]” the building that was under attack. He said the school resource officer instead took up a position viewing the western entrance of the building.

Israel said he was “devastated, sick to my stomach” after learning of Peterson’s inaction during the school shooting that left 17 people dead. The sheriff said he believes Peterson remained outside the building for roughly four minutes, while the shooting in total lasted around six minutes. Israel said the officer never fired his weapon.

“What matters is that when we, in law enforcement, arrive at an active shooter, we go in and address the target,” the sheriff said. “And that’s what should’ve been done.”

Peterson resigned Thursday after video surveillance showed he never entered the school, even though he “clearly” knew there was a shooting taking place, officials said.

Officer Tim Burton of the Coral Springs Police Department, who responded to the shooting, told the New York Times that Peterson “was seeking cover behind a concrete column leading to a stairwell.”

By Nicole Darrah, Gregg Re, Lucia I. Suarez Sang