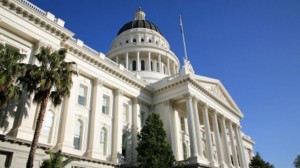 In December, the state’s tax authority determined that a tax break claimed over the past few years by 2,500 entrepreneurs and stockholders of California-based small businesses is no longer valid and sent out notices of payment.

“How would you feel if you made a decision, which was made four years ago, (and) you absolutely knew was legally correct and four years later a governing body came in and said, ‘no, it’s not correct, now you owe us a bunch more money. And we’re going to charge you interest on money you didn’t even know you owed’,” Brian Overstreet told Fox News from his office north of San Francisco.

Last year, Overstreet and his fellow investors sold Sagient Research Systems and immediately reported the sale to the California Franchise Tax Board, the state’s version of the IRS. “It was good for the shareholders, it was good for the employees and good for those of us who founded it,” Overstreet said about the sale of the data mining company. “We paid the tax based on the law at the time.”

But the FTB changed its interpretation of the law after a state appeals court ruled unconstitutional a qualifying provision of the break requiring companies to maintain 80 percent of their workforce in California. Instead of asking the legislature for guidance on what to do, the FTB suspended the break in its entirety and ordered anyone who’s claimed it in the last five years to pay up.

Overstreet said he’s learned more about the workings of state government in the last two months than he ever knew before and he’s become the point person for others like him who were surprised by the FTB’s decision. “It’s going to cause not only significant financial hardship but real personal stress on a lot of people who shouldn’t be worried about this,” he said. “They did what is right. They paid their taxes. They should be off working away at their next business — instead they’re having to spend their time fighting this stuff.”

Overstreet wouldn’t disclose the exact amount the FTB says he owes but said it was “well into the six figures,” and calls it a sucker punch from the state.

The taxpayers fighting the FTB won an early victory in their fight when the tax board announced a temporary delay in issuing actual bills, technically called Notices of Proposed Assessments. It’s believed the additional time is to allow the state’s political leaders time to figure out a solution.

“Once the revenue is identified, those folks up in Sacramento will figure out how to spend it already,” warns former state Sen. George Runner. “And that’s what makes this so difficult. Even though it has this great bipartisan support as being wrong.”

Earlier this month, lawmakers from both parties introduced legislation that would force the FTB to scrap the retroactive tax bills. “Californians planned and based their actions on the language of the law as it existed,” Democratic Sen. Ted Lieu said in a statement. “Going backward in time and changing the rules innocent taxpayers relied upon violates the very essence of the rule of law.”

Republican Assemblyman Jeff Gorell’s companion bill would prohibit the state from charging interest and penalties in similar situations in the future.

“We want to unwind this poor decision and bring relief to small business owners throughout the state, while also setting prohibitions against this kind of surprise tax increase again for the future.”

What’s not as clear is what Gov. Jerry Brown thinks of the issue. “Quite frankly, we haven’t heard from the governor on this and the governor could solve this,” Runner, a Republican, said. “Ultimately, the legislature can try to fix it, but ultimately the bill still has to end up on the governor’s desk.”

Brook Taylor, a spokesman with the governor’s business development office, told Fox News in an email that the tax credit “provided a real boost to entrepreneurs” and that the court’s ruling was unfortunate.  Taylor added that, “we are reviewing the situation to determine how best to help these business owners given the court’s decision.”

California’s high tax rates, strong environmental regulations and a Democratic lock on many public offices have led some to conclude the state is anti-business. Texas Gov. Rick Perry, among other state executives, has made repeated overtures to the state’s business leaders to relocate. Those criticisms have been regularly rebuffed by Brown and his staff.

During a recent dust-up over a radio ad promoting Texas, Brown reportedly said, “you go where the gold is” and that Perry is “not going to Lubbock, or whatever those places are that make up that state.”

What’s not addressed by the pending legislation is what to do about the future of the tax credit. It’s been around for 20 years to promote job-growth and investment — especially in the computer technology and bio-research industries. “California has always prided itself in the ability to be that incubator for high-tech, for entrepreneurial investment,” Runner said. “And this just goes to the core of that. Undermines our credibility, if you will, on that particular issue.”

Overstreet’s main focus has been on retroactive part of the FTB’s action but he also said if lawmakers allow for the tax break to go away entirely it will have consequences for the state. “As a going-forward problem if entrepreneurs are no longer allowed this kind of incentive, there’s no longer any reason for us to intentionally grow our companies here in California. We are going to take our business to where it is the cheapest and most effective place to hire people.”