Notice: Function add_theme_support( 'html5' ) was called incorrectly. You need to pass an array of types. Please see Debugging in WordPress for more information. (This message was added in version 3.6.1.) in /home/kj8d9sfz7jzn/public_html/federalistpress.com/wp-includes/functions.php on line 5831
 Californians Face 30% Jump in Health-Care Premiums 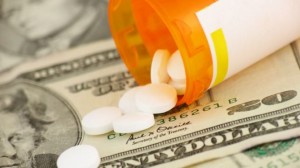 Covered California, the agency tasked to rolling out the Patient Protection and Affordable Care Act in the Golden State, found nearly five million middle-income residents who are individually-insured could face 30% higher increases next year.

The agency reports the Affordable Care Act benefits low-income residents the most by shedding as much as 84% off their coverage costs. And these figures may push out individual policy holders, who are needed to subsidize those low-income residents’ insurance.

The higher premium costs doesn’t surprise, Kip Piper, of health-care policy advisors Health Results Group, who explains having more bodies in the system that might older, sicker and poorer than before just means the cost to keep them covered will go up for younger and healthier people.

“They may simply opt out, or risk being uninsured. The ACA hopes to get more people into this [insurance] pool, and treat them all pretty much equally. So the young will pay higher premiums to subsidize the old.”

Under current law, Piper says insurers can charge a range of premiums on a scale of one to six dependent on age, sex, location and health status. Under the ACA, that number lowers from one to three, compressing costs for an “adjusted community rating.” The way things stand now, older people are often charged up to five or six times as much for coverage than younger people, he says.

“The people who are least able to afford insurance, or least likely to need it like young healthy males, may just take the risk and be uninsured,” under the new law, he says.

Piper says states like New York already that have already switched to a community rating model, limiting the factors insurers can take into consideration when charging individuals for insurance, won’t see as high premium increases as states like California.