Notice: Function add_theme_support( 'html5' ) was called incorrectly. You need to pass an array of types. Please see Debugging in WordPress for more information. (This message was added in version 3.6.1.) in /home/kj8d9sfz7jzn/public_html/federalistpress.com/wp-includes/functions.php on line 5831
 Carrie Fisher, Best Known as Princess Leia in Star Wars, Dead at 60 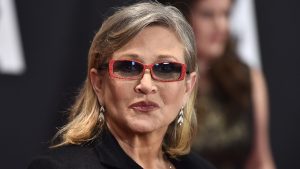 Carrie Fisher arrives at the Governors Awards at the Dolby Ballroom on Saturday, Nov. 14, 2015, in Los Angeles. (Photo by Jordan Strauss/Invision/AP)

“It is with a very deep sadness that Billie Lourd confirms that her beloved mother Carrie Fisher passed away at 8:55 this morning,” a representative for Lourd told FoxNews.com. “She was loved by the world and she will be missed profoundly.”

Fisher – who also starred in a host of popular 1980s movies, was married or engaged to famous singers and actors, suffered from bipolar disorder and drug addiction and eventually became a mental health advocate. She had a medical emergency while on a flight from London to Los Angeles on Dec. 23, during which she stopped breathing. She was later taken to an intensive care unit.

Fisher was born on Oct. 21, 1956 with showbiz – literally – in her blood. The daughter of singer Eddie Fisher and actress Debbie Reynolds, Carrie appeared, at the age of 15, in the Broadway show “Irene,” which Reynolds starred in. But the theater turn cost her school time and contributed to Fisher never finishing high school.

She first appeared on the movie screen in 1975’s “Shampoo,” though her career took off when she was cast as Princess Leia Organa in the inaugural Star Wars film, which was released in 1977. She would go on to reprise the role in subsequent films, most recently appearing in 2015’s “Star Wars: The Force Awakens.”

Fisher revealed in her 2016 autobiography that she had an affair with “Star Wars” co-star Harrison Ford for three months in 1976.

In the 1980s, Fisher appeared in a string of Hollywood hits, including “The Blues Brothers,” “Hannah and Her Sisters,” “The ‘Burbs” and “When Harry Met Sally…”

Her romantic life also heated up during the decade. Fisher dated Paul Simon until 1983 and about a year later married to the singer/songwriter, again for about a year. In between stints with Simon, she dated and was briefly engaged to “Blues Brother” co-star Dan Akroyd in 1980. She had a child, Billie Catherine Lourd, in 1992 with talent agent Bryan Lourd, though Lourd later left Fisher for a man. 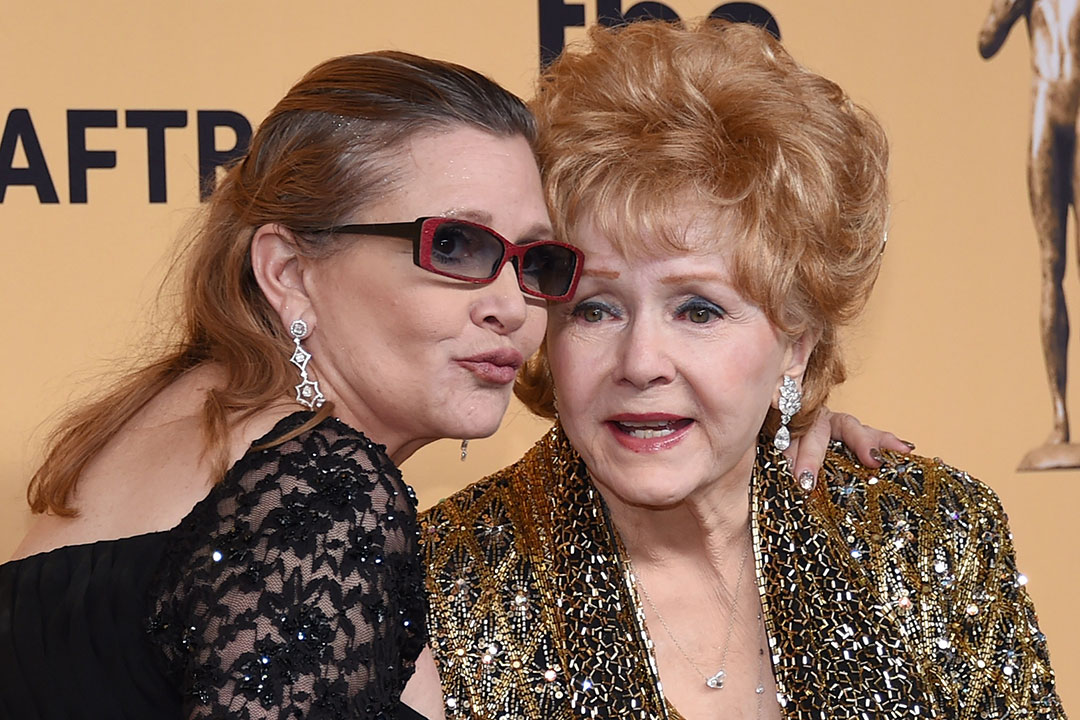 Fisher appeared to reflect on the relationship with Lourd in her 2004 book, “The Best Awful There Is,” in which the character Suzanne is loosely based on Fisher’s life. “She’d had a child with someone who forgot to tell her he was gay. He forgot to tell her, and she forgot to notice.”

“Best Awful” was the fifth and final of Fisher’s novels, though she later wrote three non-fiction works, including 2016’s “The Princess Diarist.” A talented writer, she helped rework screen plays for “Sister Act,” “Last Action Hero” and “The Wedding Singer.”

Fisher also continued her acting career later in life, often appearing as herself in comedic turns on television shows. Somewhat out of character, she provided the voice of “Angela” on “Family Guy” from 2005-2016. Her last projects were in two yet-to-be released films: “Wonderwall” and as Leia in “Star Wars: Episode VIII.” 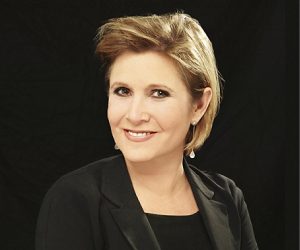 Fisher also publicly struggled with bipolar disorder and abused pain killers and cocaine. She said in 2008 that she received electroconvulsive therapy treatments every six weeks at one point. Fisher became an outspoken advocate for those battling mental illness and received an Annual Outstanding Lifetime Achievement Award in Cultural Humanism from Harvard in 2016.

“I find it unappealing,” Fisher said of her mental illness in a 2004 Los Angeles Times profile. “But there is a part of this illness that is funny. I don’t understand the stigma. I understand funny. It is what I do. Because I have the sense of humor I have, things don’t prey on me long. And that’s why I have it. If I didn’t, I would be…in pain. If my life weren’t funny, it would just be true, and that would be unacceptable.”