She admitted voting twice in the presidential election last November, and now, Obama supporter Melowese Richardson has been indicted for allegedly voting at least six times. She also is charged with illegal voting in 2008 and 2011. 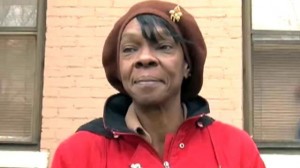 The 58-year-old veteran Cincinnati poll worker, indicted Monday, faces eight counts of voter fraud. Two others, one of whom is a nun, have been charged separately.

Richardson had admitted on camera to a local TV station, “Yes, I voted twice,” claiming she was concerned that her vote would not count. She also said there “was no intent on my part to commit any voter fraud.”

“I’ll fight it for Mr. Obama and Mr. Obama’s right to sit as president of the United States,” she proclaimed in the interview.

Officials charged that she voted in her own name by absentee ballot and also in person at the polls, but Hamilton County Prosecuting Attorney Joseph Deters said she also is charged with voting in the name of five other people in various elections.

“This is not North Korea,” Deters said in a statement announcing the indictments. “Elections are a serious business and the foundation of our democracy. In the scheme of things, individual votes may not seem important, but this could not be further from the truth. Every vote is important and every voter and candidate needs to have faith in our system. The charges today should let people know that we take this seriously.”

Richardson made national headlines when the Hamilton County Board of Elections announced that it was investigating whether she voted up to half a dozen times, including on behalf of her granddaughter, India Richardson.

India told Fox News that her grandmother did indeed vote in her name, telling us that “it wasn’t a big deal.”

But voting twice or in another person’s name is illegal.

Prosecutors say the five other people for whom Richardson cast ballots are all relatives.

Sister Marguerite Kloos also faces one count of illegal voting, for allegedly submitting an absentee ballot in the name of a fellow nun, Sister Rose Marie Hewitt, who had died before absentee ballots were sent out. She is accused of opening Sister Hewitt’s ballot, forging her signature and mailing it to the Board of Elections as a vote.

The 54-year-old Kloos has resigned as the dean of the Division of Arts and Humanities at the College of Mount St. Joseph in Cincinnati, where she still serves as an associate professor of religious and pastoral studies.

Kloos was not indicted but faces what is known as an information, because her lawyer contacted prosecutors and she agreed to cooperate and plead guilty.

“As a valued member of the Mount community, our thoughts are with her during this difficult time,” the college said in a written statement. “We respect her privacy and will not comment further on this matter at this time.”

Russell Glassop, 75, also is charged with illegal voting.  He is accused of voting on behalf of his wife, who died before election day.

But it was Richardson’s case, and the possibility of repeated votes, that shocked many. She faces up to 12 years in prison if convicted. Efforts to contact her and her lawyer have been unsuccessful.

The Hamilton County Board of Elections recently held hearings on cases of possible double voting and voter fraud, part of a statewide review ordered by Secretary of State John Husted. He called on all 88 counties to review complaints of fraud, as well as voter disenfranchisement.

“Every voter must play by the rules, and if they don’t they will be held accountable,” Husted, a Republican, said in a written statement. “For voters to have confidence in our elections, we must prosecute every case of voter fraud in Ohio.”

Last month, Husted told Fox News that Richardson’s case was especially troubling, because “it appears she not only attempted to vote more than once, but was actually successful at it and having those additional votes counted.”

“Most attempts are caught by the system. But there are cases that do slip through, as this one does, and we need to make sure that we really send a strong message, that if you do this, you are going to be held accountable,” Husted said. “It might mean fines, it might mean jail time.”