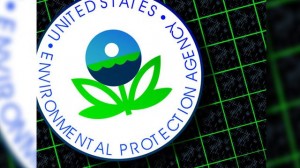 Dozens of Republican lawmakers have joined in accusing the Environmental Protection Agency of “apparent bias” against conservative groups following a claim that it routinely showed favoritism to liberal organizations.

The allegations were first made by the Competitive Enterprise Institute, a conservative Washington, D.C., think tank. It claimed the EPA was not being fair as it weighed whether to charge fees to groups seeking information via Freedom of Information Act requests.

“This activity calls into question the objectivity of the FOIA employees at EPA and undermines public confidence in an agency that is charged with protecting our air and water,” a group of nearly three dozen House Republicans wrote in a letter to EPA Acting Administrator Bob Perciasepe.

Rep. Steve Scalise, R-La., chairman of the Republican Study Committee, said in a separate statement that the findings are “not a coincidence” and track with the kind of targeting conducted by the IRS against conservative groups.

“Politics should not play a role in approving or denying fee waivers, and the EPA clearly crossed the line by injecting bias and favoritism into their decision making process,” he said.

In the letter, he and other lawmakers asked a string of questions on the EPA policy governing fee waivers, including who is in charge of that determination.

The letter follows efforts by the House Energy and Commerce Committee and the House Oversight and Government Reform Committee to probe the allegations.

Perciasepe told the House Energy and Commerce Committee on May 16 that “our policy is to treat everybody the same,” and the agency is considering pursuing an investigation.

In a statement to Fox News, the EPA said: “The Office of Inspector General received from the Environmental Protection Agency the official request to look into this matter just over a week ago, so the request is currently under review by the OIG at this early stage.”