Notice: Function add_theme_support( 'html5' ) was called incorrectly. You need to pass an array of types. Please see Debugging in WordPress for more information. (This message was added in version 3.6.1.) in /home/kj8d9sfz7jzn/public_html/federalistpress.com/wp-includes/functions.php on line 5831
 DACA: What’s in It for Americans or the GOP? 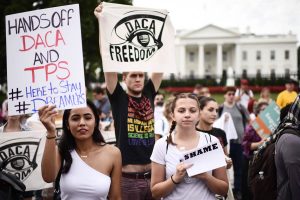 First, ask yourself how an American citizen would fare sneaking over the border of France, Spain, Switzerland, Canada or even Mexico. Would you be able to sign up for welfare benefits? Would you be allowed to get a house and just stay there? Could you get work on the side? Would your children be treated for free in their hospitals? Would you ever receive citizenship, or the right to vote–or even a driver’s license? Of course not. That’s not how any other nation in the world handles border-crashers. So what is the impetus for making America an open-borders nation?

One may ask why Democrats are so insistent on continually representing the interests of everyone BUT average working Americans. They are just a little too quick to spend their energy on border-crashers. It is well-known that if they had the power, they would award instant citizenship to everyone within our borders, including those who broke our immigration law to be here.

The children brought into the country unlawfully with those border-crashers are commonly referred to as DACA (Deferred Action for Childhood Arrivals) recipients. DACA was a Democratic Party  scheme to keep this class of non-citizen in the country as long as possible (hence, “delayed”), while they worked on convincing the American people that these non-citizens should be allowed to remain, and even gain certain “rights.”

Of course, the main right that interests the Democrats is the right to vote–for Democrats. 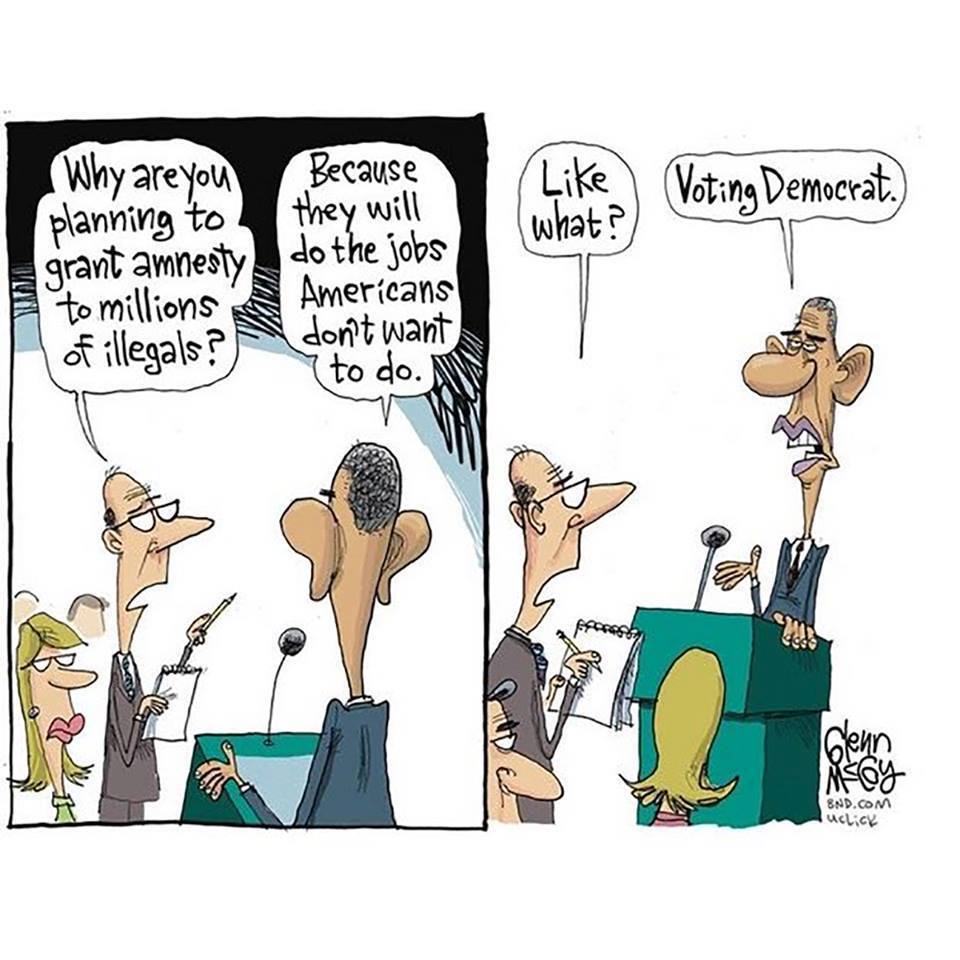 Do illegal aliens tend to support Democrats more than they support Republicans? Of course–overwhelmingly. Why? Because Democrats have spoon fed them government benefits, despite the fact that they are not entitled to such benefits–supplied on the backs of taxpaying American workers. They have cultivated the political support of this non-citizen class, promising every benefit of citizenship in return for a promise of political support when the time arrives. As motor-voter and other types of expanded voter registration schemes rise in popularity, it is obvious that it is only a matter of time until every warm body will get a vote before the Democrats are done. All of those beautiful Democrat votes . . .

So what’s in the deal for American citizens? There is no benefit–only the burden of so many of these people collecting benefits from the American taxpayer. A surprisingly small percentage of illegal aliens receive no benefits. Although a number of DACA recipients are productive people, the vast majority are not.

The follow up question is what’s in a DACA deal for the GOP? Again, the GOP can only suffer by adding millions of Democratic Party voters to the voting rolls. There is no upside. So why is the GOP so anxious to make a DACA deal? They have always had a self-destructive need to be “liked.” That’s the only idea that comes to me. Self-destruction.