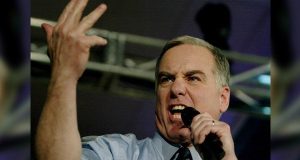 Howard Dean, former DNC Chairman, and prominent voice of the left, has publicly declared a view of the US Constitution that is becoming extremely popular among leftists, which is that any opinion that differs from that of the left is not protected “free speech” under the First Amendment to the Constitution.

Couching any such opposing opinions as “hate speech,” and claiming that Coulter engages in such hate speech by voicing her support of traditional Constitutional and American values, Dean says that Coulter should not be allowed to speak publicly.

Indeed, UC Berkley, once a bastion of the right of free speech, when that free speech was Anti-American and anti-traditional values, has tried repeatedly to stamp out all but the most radical left voices in America, stopping conservatives from expressing traditional values on its campus.

Of course, Dean, like nearly all liberals, claims that outrageously offensive speech that is anti-American and anti-morality is profoundly protected by the First Amendment, with chants of killing police officers and the US President, and works of art depicting the same, and anti-religion depictions being more than welcome on college campuses and at liberal gatherings and public places.

The left has attempted to shut down all public debate by blocking centrist / conservative speakers from appearing in public, and by canceling their speaking engagements. Even now, Berkley is doing its best to prevent Ms. Coulter from speaking on its campus, and after taking public heat for outright blocking her, is trying to mitigate the damage by rescheduling her for a less convenient time. 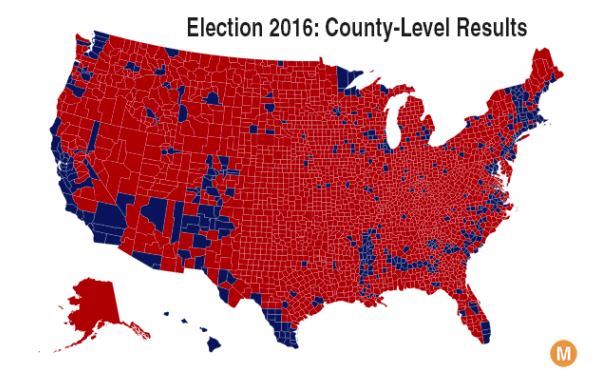 The left is simply repeating what totalitarian governments have done since they began taking over the world in the early 20th Century–shutting down opposition voices, divesting populations of personal liberties, including the right to keep and bear arms to protect themselves from those governments, and redistributing private property. The Democratic Party has overplayed its hand, and revealed itself as nothing more than a radical leftist movement which seeks these things, and it will shut down any speech that opposes them.