Notice: Function add_theme_support( 'html5' ) was called incorrectly. You need to pass an array of types. Please see Debugging in WordPress for more information. (This message was added in version 3.6.1.) in /home/kj8d9sfz7jzn/public_html/federalistpress.com/wp-includes/functions.php on line 5831
 Democrat Al Franken Announces Resignation from Senate Amid Groping Allegations

Franken resigns from Senate amid new claims of sexual misconduct, backlash from Dems

Calling it “the worst day of his political life,” Sen. Al Franken said Thursday he will resign from the U.S. Senate following a wave of sexual misconduct allegations against him.

Minnesota Public Radio reported late Wednesday he would resign, though Franken’s office pushed back saying it wasn’t a done deal yet.

It will be up to Minnesota Gov. Mark Dayton to appoint a successor.

Multiple sources reported that the likely candidate could be Democratic Lt. Gov. Tina Smith, a close ally of Franken. Any successor, if he steps down, would serve until a special election is held in 2018 to determine who would fill the final two years of Franken’s term.

On Wednesday, Franken faced a tidal wave of resignation calls by members of his own party.

By mid-afternoon, 23 of them wanted him gone. 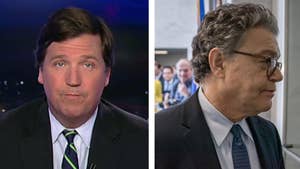 Tucker: Good riddance to Al Franken, but there’s a downside

“Sexual harassment and misconduct should not be allowed by anyone and should not occur anywhere. I believe the best thing for Senator Franken to do is step down,” Harris, D-Calif., said.

Hassan, D-N.H., tweeted, “It is clear that Al Franken has engaged in a pattern of egregious and unacceptable behavior toward women. He should resign.”

“It now appears Senator Franken has lost the support of his colleagues, and most importantly, his constituents,” McConnell said.

“I do not believe he can effectively serve the people of Minnesota in the U.S. Senate any longer,” he added.

The Minneapolis Star Tribune, the largest newspaper in Franken’s home state, called for his immediate resignation late Wednesday. They questioned his ability to “function effectively” after “losing the confidence of so many colleagues.

“If this is to be an actual turning point in our culture, there must be real and lasting consequences to behaviors that never should have been accepted,” the editorial board wrote. “That these incidents came so late in Franken’s life should make him all the more accountable. Instead, he has mostly offered hollow apologies that failed to acknowledge what happened.”

Franken’s political career has been in peril since California radio broadcaster Leeann Tweeden posted a blog detailing how he kissed and groped her without her consent in 2006. She also tweeted a picture showing a grinning Franken standing over her as she sleeps, his hands over her breasts. 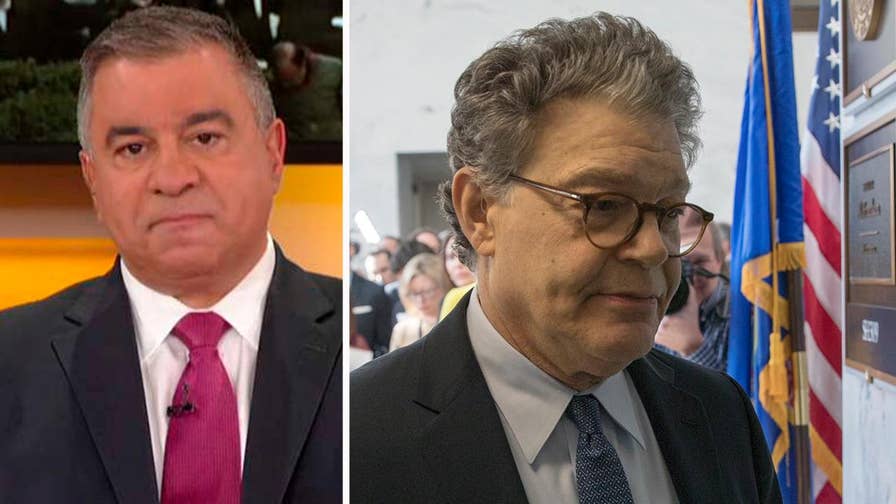 Franken has since apologized, but other allegations from seven additional women have surfaced since Tweeden’s claims.

The latest was a woman who claimed she was groped at a Media Matters party during the first Obama inauguration.

Before that, another woman accused Franken of forcibly trying to kiss her – this time after a taping of his radio show in 2006.

The woman, who spoke to Politico, claims Franken pursued her after her boss had left and she was collecting her things. The woman was in her 20s at the time.

The accuser, who was not identified, said Franken tried to kiss her but that she ducked.

Franken, a former “Saturday Night Live” performer who was a host on the now-defunct “Air America” radio network at the time, allegedly followed up by telling her it was his “right as an entertainer.”

“He was between me and the door and he was coming at me to kiss me,” she told Politico. “It was very quick and I think my brain had to work really hard to be like ‘Wait, what is happening?’ But I knew whatever was happening was not right and I ducked.”

Franken has strongly denied those allegations.

The calls for Franken to step down came one day after Rep. John Conyers, D-Mich., retired following numerous allegations of sexual misconduct against him.

In Alabama, several women have accused Senate Republican candidate Roy Moore of sexual misconduct when they were in their teens, including one who said she was 14 when Moore molested her.

President Trump – who had multiple allegations of sexual harassment against himself when running for president – has endorsed Moore.

The Republican National Committee is also supporting him.