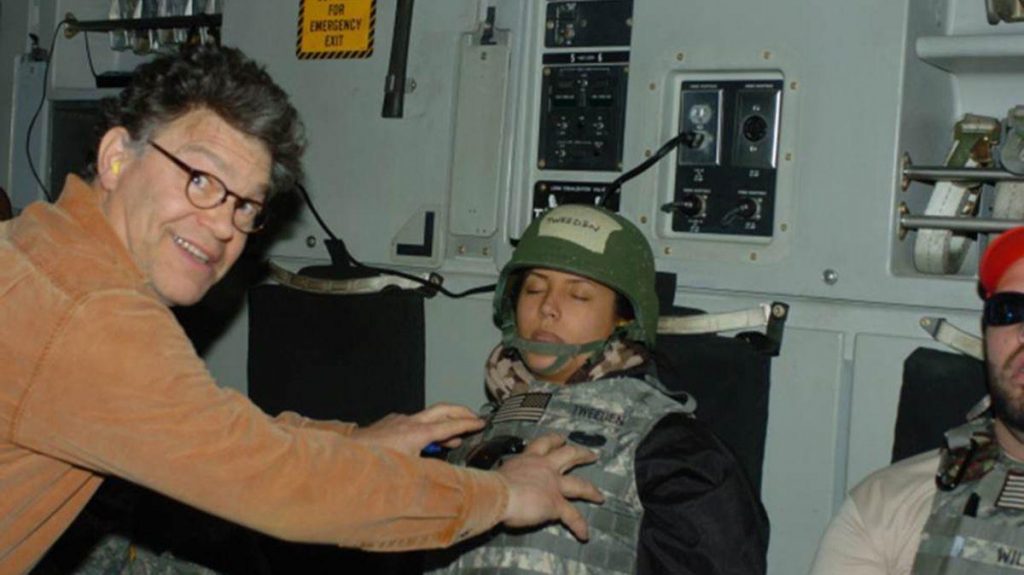 Democrats lashed out at Sen. Al Franken, D-Minn., Thursday after Los Angeles TV and radio host Leeann Tweeden accused him of kissing and groping her during a USO tour in 2006, with at least two female lawmakers pledging to return campaign funds raised for them by Franken’s political action committee.

Leaders of both parties in the Senate called for an ethics investigation of Franken, a request echoed by the senator himself, Democratic National Committee Chairman Tom Perez and House Minority Leader Nancy Pelosi, D-Calif.

“The allegations brought forth are extremely disturbing,” Perez said in a statement. “Sexual misconduct, harassment, and assault are never acceptable, no matter one’s party or politics. The Senate should immediately begin an ethics investigation into Senator Franken’s conduct.” 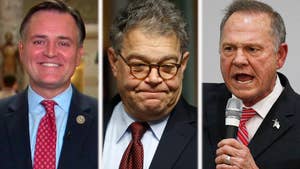 Rep. Luke Messer: Moore and Franken should step down

Pelosi said any “credible allegation” should be subject to an ethics probe, telling Fox News “We are at a watershed moment and now is the time for Congress to overhaul how it deals with the issue of sexual harassment.”

Sen. Claire McCaskill, D-Mo., went a step further, tweeting that she had donated $30,000 in campaign contributions from Franken’s Midwest Values PAC to food banks in her home state.

McCaskill said she was “shocked and concerned” by Tweeden’s allegations against Franken, who was elected to the Senate in 2008.

“Comedy is no excuse for inappropriate conduct,” McCaskill’s statement added.

Sen. Tammy Baldwin, D-Wis., announced that she planned to donate $20,000 raised by Franken’s PAC to a group working on behalf of female veterans in the state.

“This type of behavior isn’t acceptable whether it’s from a Democrat or a Republican or an independent,” Baldwin, who is up for re-election next year, told MSNBC in an interview. 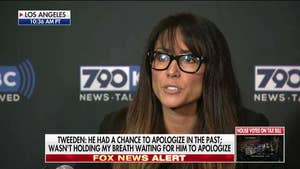 Tweeden not calling for Franken to step down

Another prominent Democratic woman, Sen. Kirsten Gillibrand of New York, reportedly planned to donate $12,500 in campaign funds to Protect our Defenders, a nonprofit group dedicated to combating sexual assault in the military.

“The allegations against Sen. Franken are deeply concerning,” Gillibrand posted on Twitter. “This kind of behavior is unacceptable and should not be tolerated anywhere in our society. There is nothing funny about it and there is no excuse for it.”

Franken’s fellow Minnesota Democrat, Amy Klobuchar, said, “This should not have happened to Leeann Tweeden. I strongly condemn this behavior, and the Senate Ethics Committee must open an investigation.”

A spokeswoman for Klobuchar, who has received at least $15,000 from Midwest Values PAC, did not immediately respond to queries from Fox News about the senator’s plans for the money. 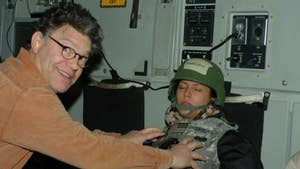 In a series of statements, the National Republican Senatorial Committee (NRSC), singled out eleven Democratic senators and called on them to return their donations from Midwest Values PAC.

“If [senator’s last name] won’t immediately denounce Franken and return his donations, it will be clear [he or she] puts partisan politics over basic decency,” each statement read.

The senators named by the NRSC were McCaskill; Baldwin; Joe Manchin of West Virginia; Jon Tester of Montana; Tim Kaine of Virginia; Joe Donnelly of Indiana, to whom the NRSC referred as “Mexico Joe”; Debbie Stabenow of Michigan; Bob Casey of Pennsylvania; Bill Nelson of Florida; Heidi Heitkamp of North Dakota and Sherrod Brown of Ohio.

Of the eleven, only McCaskill and Baldwin had announced plans to return the money Thursday evening.