Notice: Function add_theme_support( 'html5' ) was called incorrectly. You need to pass an array of types. Please see Debugging in WordPress for more information. (This message was added in version 3.6.1.) in /home/kj8d9sfz7jzn/public_html/federalistpress.com/wp-includes/functions.php on line 5831
 Dems Hurting Minorities 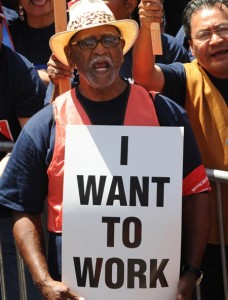 As we demonstrated in our article of May 16, 2012, True Champions of American Blacks, the Democratic Party has a long history of doing everything in its power to curtail the advancement of America’s minorities. This destructive assault is well documented in this video>.

What began as a decades-long violent opposition to American blacks and other ethnic and religious minorities (Germans, Italians, Catholics, Mormons, etc.) was eventually transformed into an exploitation campaign wherein blacks and other minorities were converted to a voting coalition with the sudden and wholesale “adoption” of them by the Democratic Party. Indeed, the same party that had blocked voting and civil rights acts fought for by the Republicans in Congress and the White House, now pretended to be the friends and advocates of minorities, promising them social and economic elevation and fulfillment of the American dream—in exchange for their votes and their autonomy.

As a direct result of Democratic policies, American blacks were immediately forced into lifetime welfare status and herded into ghettos called government housing. For decades our black brothers and sisters have endured an assault on their spirit that few could survive, and we have seen the results in cyclical poverty, tens of millions of abortions, the breakdown of the black American family, the wholesale dependency on drugs and alcohol, etc.

We saw a government sign the other day that explained to park visitors that by giving the bears handouts, it would make them dependent on handouts and destroy their ability to provide for themselves and to thrive. This sign was printed by the same government that has made an entire race of Americans entirely dependent on its handouts, and has re-enslaved them in the process. 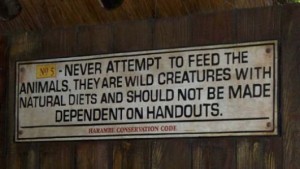 “We liberals made a terrible mistake, going back 30 years ago. We made a dependent society because we thought we were doing the right thing. We had things like public housing, and we had welfare payments, and all that bred dependence.” Bob Beckel, Liberal Commentator.

So what has the Democratic Party done for American blacks and Hispanics lately?

Since Barack Hussein Obama and his Democrats entirely took over the government just 4 years ago, the average American family has lost 40% of its wealth and assets (worse for minorities), with 11 million family homes sinking into the quicksand of foreclosure during Obama’s tenure in office, and the rate climbing fast in 2012, much more of the remaining wealth will be destroyed by the time the next president takes the oath of office.

Since taking office Obama has seen the addition of over 6 million Americans to the poverty rolls, with those on food stamps doubling to 47 million, and unemployment averaging 9%–15.5% if you figure in those who have dropped off the rolls after their 99 weeks of benefits expired and they just gave up.

Which Americans are bearing the brunt of Obama’s socialist takeover? American minorities, of course.

Under Obama we are now suffering the highest, longest-running unemployment rate since the Great Depression. The average unemployment rate under George Bush was 5.2%, and candidate Obama blasted him for that number. President Obama promised Americans that if they would support his $900 billion spending stimulus package, unemployment would sink to less than 5.6%. As with every leftist promise, it was a lie.

Here are some real world numbers of the past 3.5 years that the president can’t spin:

Every week the “New Jobs” reports come out, and with fanfare the administration announces a number like 80,000, which is actually a seasonally adjusted number, not reflective of the reality of the dismal job market, and most of which are mere temp jobs, not career positions with benefits. Those numbers are quietly downgraded every week, uncovered by the mainstream media.

What’s worse, is that population growth demands 200,000 new jobs, just to keep up with the expanding workforce. Obama’s tiresome whining that it is a republican economy, not his, is belied by George Bush’s low unemployment rates, not to mention Ronald Reagan’s million job a month growth at this point in his administration, in a much smaller population and following the horrific economic crash under President Carter and his Democrats.

American Blacks and Hispanics have been led down a dangerous path by the Pied Pipers of the left. Their only hope for a brighter future is to reject the new plantation bosses of the Democratic Party and to move to traditional American values and politics, which provide personal liberty and economic freedom for all.