Progress Kentucky is a super PAC that is acting more like a rogue operation in its efforts to unseat Kentucky Republican Sen. Mitch McConnell — sending out racially sensitive tweets and allegedly making a secret recording of the Senate minority leader’s re-election strategy talks. 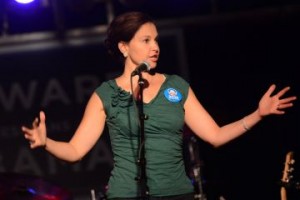 The group has been around only since December, raising about $1,000 and spending $18, compared to the McConnell campaign that has raised $10 million toward 2014 re-election efforts, according to recent Federal Election Commission filings.

Kentucky Democrats have over the past week made numerous, overt efforts to separate their party from Kentucky Progress and its questionable activities.

A former state party official described group members as “just a couple of activists” intent on making a mockery of super PACs, compared to those active in the 2012 elections that were run by savvy political operatives raising millions from well heeled contributors.

“This has nothing to do with the party or even a group,” said Chris Tobe, the former state party board member.

Conway alleges Executive Director Shawn Reilly and volunteer Curtis Morrison recorded the February office meeting from a hallway, perhaps with an iPhone, and later told him about it.

Conway said he came forward because he didn’t want the situation tarnishing the Democratic Party.

In the meeting held by McConnell, aides disparaged actress Ashley Judd, then a potential Democratic challenger, laughing about her bouts with depression and discussing possibly using that against her. They also talked about Judd’s political positions and religious beliefs, according to the tape posted Tuesday by the left-leaning Mother Jones magazine.

Judd has since said she will not run. 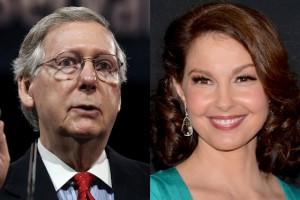 McConnell called the taping “Watergate-style tactics,” and the FBI is now investigating the allegation, following his request.

Ted Shouse, Reilly’s attorney, said his client and Morrison were in a “public hallway” outside the office where McConnell’s meeting took place but Reilly never recorded anything.

Morrison didn’t return phone calls or answer the door Friday of his Louisville residence, where the blinds and curtains were closed and mail overflowed in the mailbox.

Kentucky has more registered Democrats than Republicans but tends to vote for Republican candidates for Congress and president.

Progress Kentucky first attracted national attention in February with a tweet from a volunteer that referred to the Asian heritage of Elaine Chao, McConnell’s wife and a former U.S. Labor secretary.

The tweet was about the United States losing jobs to China, and McConnell promptly called the message a “racial slur” and “the ultimate outrage.”

His campaign then ran a statewide television spot in which the Taiwan-born Chao said “far-left special interests are also attacking my ethnicity.”

According to an FEC filing, Progress Kentucky’s treasurer was Douglas L. Davis until he resigned on Tuesday — the day the secret recording was made public.  He declined to comment Friday.

“With my resignation I will no longer be liable for any reporting, donations or expenditures made to, from or on behalf of the committee,” Davis wrote in the filing. Earlier this year, the group failed to turn in its year-end report on time, according to the FEC.

Morrison ran unsuccessfully for the state Senate in 2012 and was one of the organizers of the Occupy Louisville movement.

He wrote for a community journalism website, InsiderLouisville.com. Executive Editor Terry Boyd wrote in a blog post on Friday that Morrison is no longer a contributor.

“Curtis has the makings of a solid reporter, under adult supervision,” Boyd stated in his blog post. “Unfortunately, Curtis is also an overt and dedicated political activist, and you can’t be both at the same time at Insider Louisville.”

Published April 13, 2013 / FoxNews.com /The Associated Press contributed to this report.