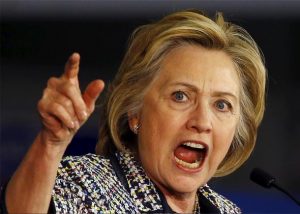 Hillary Clinton’s speech at the Democratic National Convention on Thursday was “good if you didn’t live in the real world” — and after analyzing it, “all that’s left is she’s a woman and not Donald Trump,” political strategist Dick Morris said Friday.

“When you compare with what she said with reality, you see first of all how flawed it is and secondly what a poor basis it offers for a victorious campaign,” Morris said on Facebook Live. “Not a basis for winning a campaign.”

“The entire basis of her anti-Trump campaign was not based on disagreements with his plans,” Morris concluded. “It was based on style — on fluff, on simply saying, ‘Oh God we can’t put up with that man.’

“The more Trump cleans up his act, which he’s been doing in the last month or so, the [sooner] those appeals fall.

“Ultimately, Hillary’s speech may have had a superficial plausibility,” he continued. “It may give her a short-term bounce in the polls, but it leads nowhere. It doesn’t lead to any strategy.”Sooner or later, Hillary’s campaign will be reduced to one line: ‘I’m a woman.’

“We will increasingly see through that and understand that we’re being manipulated into voting for someone who should not be president just because they’re a woman.”

Morris is the author of the book “Armageddon: How Trump Can Beat Hillary” with Eileen McGann, which is the No. 1 nonfiction book in the United States, based on Amazon.com ratings, and has debuted at No. 4 on the Aug. 7 New York Times nonfiction list.