Notice: Function add_theme_support( 'html5' ) was called incorrectly. You need to pass an array of types. Please see Debugging in WordPress for more information. (This message was added in version 3.6.1.) in /home/kj8d9sfz7jzn/public_html/federalistpress.com/wp-includes/functions.php on line 5831
 DOJ: No Russian Collusion with GOP, 13 Russian Nationals Indicted for Interfering in US Elections

A federal grand jury on Friday indicted 13 Russians and three Russian companies for allegedly interfering in the 2016 presidential election, in a case brought by Special Counsel Robert Mueller that detailed a sophisticated plot to wage “information warfare” against the U.S.

The Russian nationals are accused of setting a “strategic goal to sow discord in the U.S. political system, including the 2016 presidential election.”

The indictment – the first filed against Russian nationals as part of Mueller’s probe – effectively returns focus to the meddling activities out of Russia in the run-up to the 2016 election, following a string of charges relating to the actions of Trump associates. 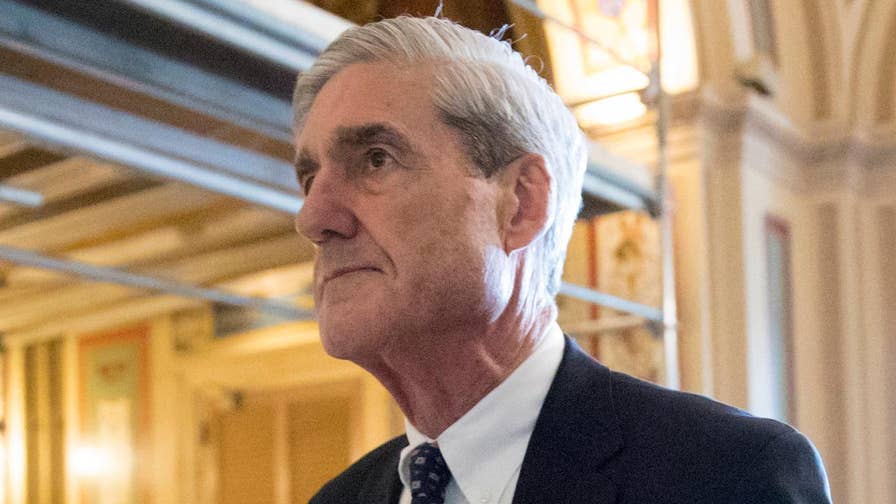 Further, the DOJ made clear that the indictment does not allege that any of the interference changed the outcome of the presidential race.

President Trump reacted to the indictments by seizing on Rosenstein’s comment that the election results were not impacted by the Russians’ activity.

“Russia started their anti-US campaign in 2014, long before I announced that I would run for President,” Trump tweeted. “The results of the election were not impacted. The Trump campaign did nothing wrong – no collusion!”

The 37-page indictment, signed by Mueller, said the actions detailed by prosecutors date back to 2014.

“There is no allegation in the indictment that the charged conduct altered the outcome of the 2016 election.”

It says the defendants spread derogatory information about various candidates throughout the 2016 campaign and by “early to mid-2016” were supporting Trump’s presidential campaign.

Rosenstein, though, said that after the election, the group worked both to stage rallies in favor of President-elect Trump and in opposition to his election.

Rosenstein on Friday described a sophisticated operation by Russian organization Internet Research Agency. He said the scheme involved setting up hundreds of social media accounts using stolen or fictitious identities to make it appear like the accounts were controlled by individuals in the U.S. He said the defendants posed as politically active Americans and recruited “real Americans” to stage rallies and engage in political activities.

But Rosenstein said those Americans did not know they were communicating with Russians. 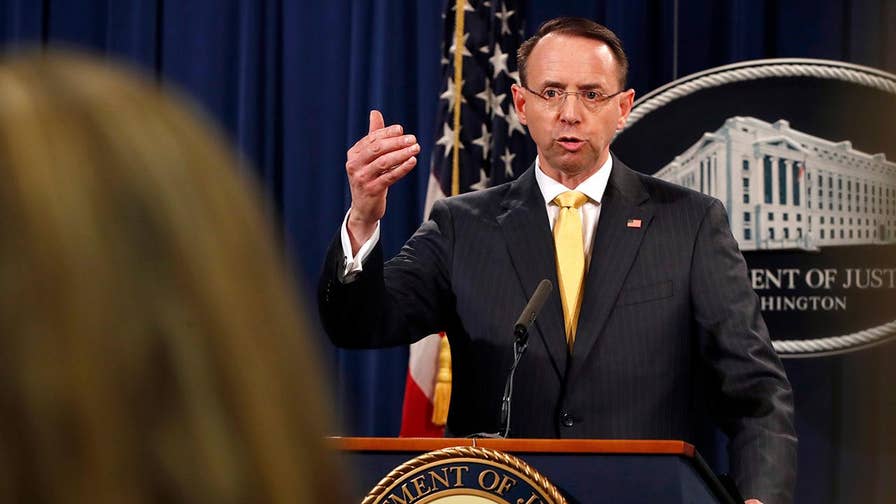 “We have known that Russians meddled in the election, but these indictments detail the extent of the subterfuge,” House Speaker Paul Ryan, R-Wis., said. “These Russians engaged in a sinister and systematic attack on our political system. It was a conspiracy to subvert the process, and take aim at democracy itself.”

Democrats on Capitol Hill, though, reacted by continuing to suggest that people associated with Trump or his campaign could have been involved in Russia’s meddling.

“It is imperative that the Special Counsel investigation be allowed to continue to follow the facts on the Trump-Russia scandal, unhindered by the White House or Republicans in Congress,” House Minority Leader Nancy Pelosi, D-Calif., said. “The American people deserve to know the full extent of Russia’s interference in our election and the involvement of Trump officials.”

The president ignored shouted questions from reporters as he departed the White House for Florida on Friday afternoon.

But in a statement released by the White House, Trump said “We cannot allow those seeking to sow confusion, discord, and rancor to be successful.”

“It’s time we stop the outlandish partisan attacks, wild and false allegations, and far-fetched theories, which only serve to further the agendas of bad actors, like Russia, and do nothing to protect the principles of our institutions,” he said. “We must unite as Americans to protect the integrity of our democracy and our elections.” 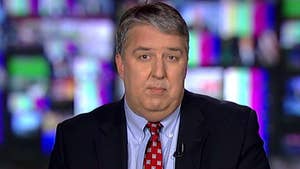 READ THE INDICTMENT OF RUSSIAN NATIONALS

The three entities charged in the indictment are Internet Research Agency LLC, Concord Management and Consulting LLC and Concord Catering.

The indictment says Internet Research Agency registered with the Russian government as a corporate entity in 2013. It employed hundreds of individuals for its online operations and had an annual budget equaling millions of U.S. dollars, the filing said.

Prosecutors accuse the Russians of communicating with a real U.S. person affiliated with a Texas-based grassroots organization. They learned from that person to focus their activities on “purple states like Colorado, Virginia and Florida,” the indictment says.

It also says the group’s employees – referred to as “specialists” – created social media accounts to look like they were operated by Americans. They created group pages on Facebook and Instagram with names like “Secured Borders,” “Blacktivist” (to promote the Black Lives Matter movement), “United Muslims of America,” “Army of Jesus,” “South United” and “Heart of Texas.”

They also created and controlled numerous Twitter accounts, like one named “Tennessee GOP” under the @TEN_GOP handle that attracted more than 100,000 followers.

According to the indictment, the specialists were instructed to post content online that criticized “Hillary and the rest (except Sanders and Trump – we support them).”

It says the defendants, around the latter half of 2016, encouraged minority groups in the United States not to vote in the election or vote for a third party candidate. An Instagram account they controlled called “Woke Blacks” posted a message on Oct. 16, 2016 that read: “We cannot resort to the lesser of two devils. Then we’d surely be better off without voting AT ALL.”

The special counsel’s office also said Friday that an American, Richard Pinedo, 28, of Santa Paula, Calif., pleaded guilty Feb. 12 to identity fraud as part of its investigation. A filing from prosecutors said Pinedo sold bank account numbers over the internet.

By Alex Pappas, Judson Berger | Fox News Alex Pappas is a politics reporter at FoxNews.com. Follow him on Twitter at @AlexPappas.. Fox News’ Jake Gibson contributed to this report.