Notice: Function add_theme_support( 'html5' ) was called incorrectly. You need to pass an array of types. Please see Debugging in WordPress for more information. (This message was added in version 3.6.1.) in /home/kj8d9sfz7jzn/public_html/federalistpress.com/wp-includes/functions.php on line 5831
 DOJ Trolling For Tips on Zimmerman 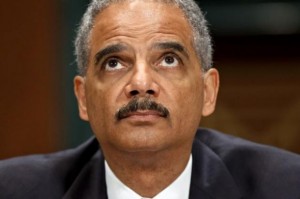 More than a year after an FBI report indicated there was no evidence of racial bias in George Zimmerman’s history, the Justice Department is trolling for email tips on the former neighborhood watch volunteer as it weighs a possible federal civil rights case against him.

Amid pressure from the NAACP and several Democratic lawmakers to pursue Zimmerman, the department has set up a public email address asking for any tips or information regarding the case. The move appears to mark an expansion of the probe, after Attorney General Eric Holder said in an address Tuesday to the NAACP that his department would “consider all available information” before deciding whether to move forward.

The department also held a conference call with civil rights leaders on Monday.

The conference call included DOJ officials, along with representatives from the FBI and federal prosecutors. They spoke to civil rights leaders from Sanford, Fla., as well as others from around the country.

The call was convened by Tom Perez, assistant attorney general for the Civil Rights Division.

A Justice official told Fox News that both the conference call and the email address asking for tips and information are fairly standard procedure when dealing with a high-profile investigation such as this one. The department has used such tip lines in the past, including in a probe last year of the Albuquerque, N.M., police department.

Some attorneys and analysts have cautioned that Holder would have a difficult time bringing a civil rights case against Zimmerman, particularly since the investigation so far is thought to have turned up no evidence or claims that Zimmerman exhibited racial bias. Martin was black.

But other lawmakers appear to have already made up their mind.

“We do know that Mr. Martin’s civil rights have been violated,” Rep. Corrine Brown, D-Fla., said, as other members of the Congressional Black Caucus voiced similar views.

Holder has meanwhile gone beyond pursuing the investigation in the wake of the acquittal. On Tuesday, he also criticized “stand-your-ground” laws, which allow individuals to use lethal force when they believe their lives are in danger — even if they have the option of fleeing.

The NRA criticized Holder for the comments, saying self-defense is a “fundamental human right.”

Holder also, in his address to the NAACP, recounted his own past experiences with racial profiling.