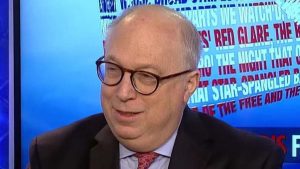 President Trump’s shocking victory in November and the tumultuous beginning of his presidency have shattered many assumptions about American politics.

For many liberals and progressives, the weeks since Donald Trump’s inauguration have been filled with soul-searching and even confusion about their place in American politics.

Trump’s flurry of executive orders, coming in quick succession on matters ranging from federal employment and immigration to reorganizing the National Security Council, have driven deep division within the Democratic party. The reaction to Trump’s action have pitted pragmatic, center-left politicians against protesting activists forming “The Resistance.”

Many Democratic disagreements with Trump’s executive orders are valid and there is a clear opportunity for opposition to Trump on the basis of their faults and flaws.

However, if Democrats want to win back power they cannot do so by moving further left, resisting Trump at every move, and taking to the streets.

Put simply, the Democratic Party is on life support and there is a quiet, but ruthless, war being fought over its future.

While the Democratic Party is driven left by anti-Trump activists, protestors, and Senators such as Bernie Sanders and Elizabeth Warren, America itself remains a fundamentally center-right nation.

A fundamental belief in national sovereignty and individual responsibility, married to cautious skepticism of government and deeply held moral convictions, continues to govern how most Americans think about politics.

Trump’s ascendance is rooted in America’s preference for center-right policy. As the Democratic Party shifted ever leftwards under Obama, it suffered net losses of 11 Senate seats, 62 House seats, and 10 governorships since 2010, as well as nearly 1000 state legislative seats.

The groups driving the Democratic Party to the left believe their only path to victory is mobilization. These forces are pushing the party away from the American public, which fundamentally is center-right, and channeling the concerns and priorities of the core Democratic coastal base. Indeed, fully one third of sitting Democratic congressional leaders hail from New York, California, and Massachusetts.

Recent public polling clearly confirms that Democratic dogmas and liberal litmus tests are far to the left of the national electorate, which remains center-right on issues ranging from immigration to tax policy to abortion.

A January 2017 Politico-Harvard Poll found that 57% of the general public believes that unauthorized immigrants currently in the United States are a serious problem, echoing a key Trump concern.

Further, 50% of Americans support banning future immigration from regions with active terrorist groups, as Trump has attempted to do with his recent controversial executive order.

The Politico-Harvard poll also found that when it comes to tax policy, 63% of Americans believe that lowering corporate taxes would be effective at bringing jobs and business back to the United States. Fully 53% believe that proposed Republican cuts on federal income taxes, which Democrats have pledged to resist, will benefit them personally.

A January 2017 Knights of Columbus/Marist Poll clearly shows the unambiguous center-right cultural and moral character of the electorate. Fully 74% of Americans—including 77% of women—support limiting abortion to at least the first trimester. 59% of the American public, including 59% of women, believe abortion is morally wrong. Yet Planned Parenthood president Cecile Richards was a featured speaker at the 2016 Democratic National Convention.

Abortion also represents a key policy area where liberal efforts to organize mass protests like the numerous “women’s marches” on January 21st may actually do more to divide women and drive voters to the Republican Party, rather than unite people around any particular cause.

Looking forward, Republicans are poised to leverage the Democrats’ failure to perceive the political character of the nation, and make considerable gains in the 2018 midterm elections.

In fact, of the 33 senate seats up for election in 2018, Democrats must defend 23 seats, whereas Republicans only need to defend 8 seats.

The remaining two Senators up for re-election are Independents Bernie Sanders and Angus King, who caucus with the Democratic Party.

Democratic incumbents in states that Trump won in 2016, like Senators Joe Donnelly of Indiana, Heidi Heitkamp of North Dakota, Joe Manchin of West Virginia, Claire McCaskill of Missouri, and Jon Tester of Montana, are at the highest risks of losing their seats.

Despite what the Democratic base wants, if these Trump-state Democrats fail to find opportunities to cooperate with Trump, or at least position themselves as centrists congruent with their constituents’ beliefs, they will lose to a more canny Republican candidate in the general election and increase the likelihood that Trump gains a filibuster-proof Senate.

While the Democratic Party’s progressive and moderate wings clash with one another over their party’s future, Republicans are dismantling the blue wall and solidifying America’s status as a center-right nation.

Douglas E. Schoen has served as a pollster for President Bill Clinton. He has more than 30 years experience as a pollster and political consultant. He is also a Fox News contributor and co-host of “Fox News Insiders” Sundays on Fox News Channel at 7 pm ET. He is the author of 13 books. His latest is “Putin’s Master Plan” (Encounter Books, September 27, 2016). Follow Doug on Twitter @DouglasESchoen.