Notice: Function add_theme_support( 'html5' ) was called incorrectly. You need to pass an array of types. Please see Debugging in WordPress for more information. (This message was added in version 3.6.1.) in /home/kj8d9sfz7jzn/public_html/federalistpress.com/wp-includes/functions.php on line 5831
 Fake News: Nearly Half Say Media Fabricates Stories about Trump 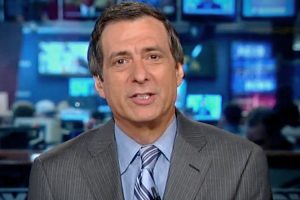 Now this is depressing.

We all know the media’s credibility has sunk to new depths. That’s been showing up in the polls for years, and has been exacerbated in the Trump era.

Now a Morning Consult/Politico survey out yesterday says that nearly half of voters—46 percent–believe major news organizations fabricate stories about Trump. Another 37 percent do not.

In short, the president’s constant “fake news” attacks are working.

There is, not surprisingly, a gargantuan partisan divide on this question. The Morning Consult poll (an online survey, which is less than ideal) says 20 percent of Democrats believe there are fabricated stories about Trump, while 65 percent disagree.

But 76 percent of Republicans say there are fabricated stories, while just 11 percent disagree. (Among independents, 44 percent say stories are fabricated.)

I have done a substantial amount of reporting over the years on fabricating and plagiarizing journalists. I exposed the made-up reporting of Jayson Blair at the New York Times and Jack Kelley at USA Today. Fraudulent journalism does happen. But it is extremely rare.

There’s a lot of unfair reporting out there. But those who think mainstream outlets routinely concoct stories about Trump are either registering their disapproval of the coverage or literally believe the stories are “fake” and “fiction,” as the president sometimes tweets.

By the way, in light of Trump suggesting scrutiny of TV licenses, the poll says 51 percent think the federal government shouldn’t have the power to revoke broadcast licenses of fabricating networks—not exactly a ringing endorsement.

Meanwhile, the Pew Research Center found that one in six news stories about Trump during his first 100 days include one of his tweets. One out of six. That’s extraordinary evidence of how the president uses 140-character messages to drive the news agenda.

But the reporting was hardly neutral. In examining more than 3,000 stories across 24 media outlets, Pew found that those with Trumpian tweets “were more likely than others to have an overall negative assessment of him or his administration.”

Some 54 percent of the stories that included a presidential tweet “had a negative assessment, 12 percentage points higher than stories that did not contain any of his tweets.” What’s more, “stories with at least one of the president’s tweets were more likely to include a direct refutation by the reporter of something the president or a member of his administration said–whether it was a refutation of the tweet itself, a statement related to the issue referenced in the tweet or another statement altogether in the story.”

But whether it’s fair or unfair, it’s not fabricated.

Howard Kurtz is a Fox News analyst and the host of “MediaBuzz” (Sundays 11 a.m.). He is the author of five books and is based in Washington. Follow him at @HowardKurtz. Click here for more information on Howard Kurtz.