Horowitz’s review months ago revealed other anti-Trump texts between the two officials, who were romantically involved. The “stop” Trump text goes further, and is likely to fuel claims from the White House that the bureau was working against him. 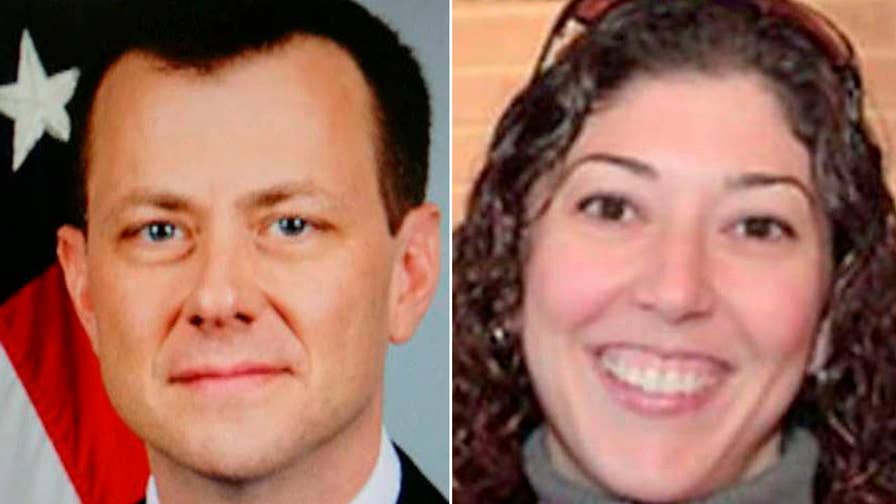 “In Louisiana, we call that bias, we don’t call that objective,” Sen. John Kennedy, R-La., said on Fox News’ “Outnumbered Overtime” on Thursday.

House Oversight and Government Reform Committee Chairman Trey Gowdy, R-S.C., said in a statement the report shows “an alarming and destructive level of animus displayed by top officials at the FBI.”

“Peter Strzok’s manifest bias trending toward animus casts a pall on this investigation…His bias impacted his decision making and he assigned to himself the role of stopping the Trump campaign or ending a Trump Presidency,” Gowdy said. “This is not the FBI I know.”

But Bloomberg News, which also reported the new Strzok message, said Horowitz’s report says investigators “did not find documentary or testimonial evidence [in the Clinton case] that improper considerations, including political bias, directly affected the specific investigative actions we reviewed.”

For more than a year, Horowitz has been reviewing the FBI and DOJ’s actions related to its investigation into Clinton’s use of a private email server while she was secretary of state.

The report is not expected to address the DOJ and FBI’s actions taken in the Trump-Russia investigation, or relitigate the Clinton case itself. But it will mark the most definitive accounting of the email probe to date, looking at — among other things — whether “certain underlying investigative decisions were based on improper considerations.”

The report is set to be released later Thursday. Deputy Attorney General Rod Rosenstein was seen arriving at the White House, where he was expected to brief Trump on its findings.

The inspector general’s review months ago uncovered a trove of anti-Trump texts from Strzok, who famously called Trump an “idiot” and texted about an “insurance policy” against a Trump presidency.

Strzok was reassigned to the FBI’s human resources division. Page has since left the bureau.

A congressional source told Fox News that Page’s text about Trump “not ever going to become president” was produced to Congress, but Strzok’s response that “we’ll stop it” was not.

According to the Associated Press, the Justice Department’s watchdog also faults former FBI Director James Comey for breaking with established protocol in his handling of the Clinton email investigation, but it says his decisions before the 2016 elections were not driven by political bias, according to a person familiar with the findings.

The report from the inspector general also criticizes Comey for not keeping his superiors at the Justice Department, including former Attorney General Loretta Lynch, properly informed about his handling of the investigation, said the person, who spoke to The Associated Press on condition of anonymity because the report is not yet public.

Fox News / The Associated Press contributed to this report.