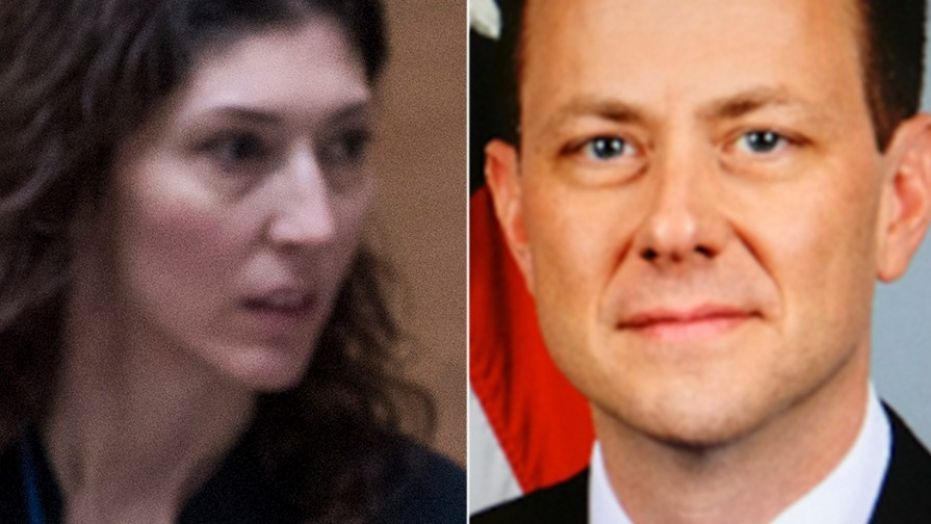 Top Republicans are turning their focus to FBI Deputy Director Andrew McCabe as they scrutinize a host of anti-Trump texts exchanged between two bureau officials, raising questions about one in particular that seemed to reference an “insurance policy” against a Trump presidency.

That text was revealed on Tuesday night when the Justice Department released hundreds of messages between FBI officials Peter Strzok and Lisa Page, who were romantically involved and at one point worked on Robert Mueller’s Russia probe. 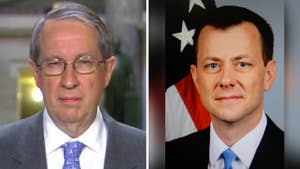 “I want to believe the path you threw out for consideration in Andy’s office – that there’s no way he gets elected – but I’m afraid we can’t take that risk,” Strzok texted on Aug. 15, 2016. “It’s like an insurance policy in the unlikely event you die before you’re 40.”

Some lawmakers surmise “Andy” is a reference to Andrew McCabe, and now want to know about his communications with Page and Strzok.

“This [text] is the one that concerns me the most,” House Judiciary Committee Chairman Bob Goodlatte, R-Va., said on “Fox & Friends” Thursday, one day after Deputy Attorney General Rod Rosenstein defended the Mueller probe in testimony before Goodlatte’s committee.

“Andy is presumably Andrew McCabe … and this text is very troubling because it suggests that they’re doing something, they have a plan to take action to make sure that Donald Trump does not get elected president of the United States at the highest levels of the Federal Bureau of Investigation.”

Strzok, who was a counterintelligence agent at the FBI, was removed from Mueller’s team after the discovery of the texts and re-assigned to the FBI’s human resources division. Page also was briefly on Mueller’s team, but returned to the FBI over the summer.

When asked about the “insurance policy” text message and whether it referred to McCabe, a Justice Department spokesperson told Fox News they could not comment on the nature of the messages — but that Strzok has been cleared to be interviewed by Congress.

The FBI also told Fox News they had no comment on whether that text message referred to McCabe or someone else.

“Some of these texts appear to go beyond merely expressing a private political opinion, and appear to cross the line into taking some official action to create an ‘insurance policy’ against a Trump presidency,” Grassley wrote Thursday. “Presumably, ‘Andy’ refers to Deputy FBI Director Andrew McCabe. So whatever was being discussed extended beyond just Page and Strzok at least to Mr. McCabe, who was involved in supervising both investigations.”

“Any improper political influence or motives in the course of any FBI investigation must be brought to light and fully addressed,” Grassley wrote. “Former Director [James] Comey’s claims that the FBI ‘doesn’t give a rip about politics’ certainly are not consistent with the evidence of discussions occurring in the Deputy Director’s office around August 15, 2016.”

That text was just one of 10,000 messages the Justice Department was reviewing between Strzok and Page — and hundreds turned over to Congress that contained anti-Trump and other politically charged comments. 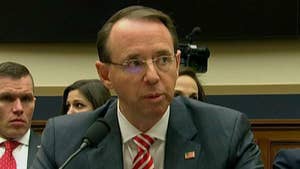 DOJ Inspector General Michael Horowitz said that the “politically-oriented” messages between the two were found in his office’s initial search, which led to the watchdog requesting all their messages through the end of last November. The messages were produced by the FBI on July 20 of this year. Muller and Rosenstein were informed about them a week later, on July 27.

Some of the other anti-Trump text messages called then-candidate Trump a “menace” and a “loathsome human.”

Lawmakers peppered Rosenstein with questions on Capitol Hill Wednesday over the appearance of an “insider bias” on Mueller’s team, zeroing in on the text messages between Strzok and Page.

But Rosenstein stood by Mueller, whom he appointed, and stressed that he has discussed the appearance of “bias” with Mueller.

“It’s our responsibility to make sure those opinions do not influence their actions,” Rosenstein said. “I believe Director Mueller understands that, and recognizes people have political views but that they don’t let it [affect their work].”

Rosenstein underscored that he had oversight over the special counsel probe.

“I know what he’s doing,” Rosenstein said of Mueller’s investigative actions, noting that he would take action should the special counsel do something “inappropriate.”  “He consults with me about their investigation, within and without the scope.”