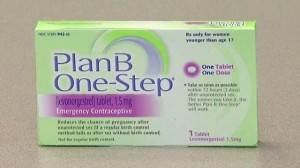 A federal judge ruled Friday that the morning-after pill known as Plan B must be made available over the counter for women and girls of all ages.

The decision on the controversial subject comes after lengthy legal battles over who should have access to the pill and at what age. The Justice Department did not say whether it would appeal.

The Food and Drug Administration had initially decided to allow the emergency pill to be available for young teens. But Health and Human Services Secretary Kathleen Sebelius overruled the FDA in late 2011, and the agency limited availability without a prescription to women 17 and older.

The decision Friday by U.S. District Judge Edward Korman ordered the FDA to make the pill, commonly referred to as the abortion pill, available for all ages. The decision means that unless the FDA appeals and is granted a stay, by this time next month a teenager 16 or under could walk into a local pharmacy and buy the pill off the shelf.

Korman accused the FDA of “intolerable delays” in reviewing a petition seeking broad access to the drug, likening the process to an “administrative agency filibuster.”

“The plaintiffs should not be forced to endure, nor should the agency’s misconduct be rewarded by, an exercise that permits the FDA to engage in further delays and obstruction,” he wrote.

The FDA declined to comment on the ruling, describing it as an “ongoing legal matter.”

Pill manufacturer Teva said it is “currently reviewing” the decision. “We have no additional comment at this time,” the company said.

The judge ordered the change to be completed in a month. The opinion is sure to rile conservatives and other pro-life groups, who consider the morning-after pill — in some cases — to act as an abortion-inducing drug.

“This ruling places the health of young girls at risk,” said Anna Higgins of the Family Research Council. “There is a real danger that Plan B may be given to young girls, under coercion or without their consent. The involvement of parents and medical professionals act as a safeguard for these young girls. However, today’s ruling removes these commonsense protections.”

The case started in 2005, and Korman initially ruled in 2009 that 17 year-olds should have over-the-counter access. The FDA then moved to allow that access to all ages, until Sebelius stepped in.

Korman wrote in his opinion that “the FDA bowed to political pressure emanating from the White House.”

The Center for Reproductive Rights, which filed suit against the age restriction, and other groups have argued that contraceptives are being held to a different and non-scientific standard than other drugs and that politics has played a role in decision-making.

“I think this is a landmark decision in terms of providing women and girls in the United States access to a safe and effective form of birth control,” said attorney Andrea Costello with the Partnership for Civil Justice Fund.

The morning-after pill contains a higher dose of the female progestin hormone that is in regular birth control pills. Taking it within 72 hours of rape, condom failure or just forgetting regular contraception can cut the chances of pregnancy by up to 89 percent. But it works best within the first 24 hours.

If a woman already is pregnant, the pill has no effect. It prevents ovulation or fertilization of an egg. According to the medical definition, pregnancy doesn’t begin until a fertilized egg implants itself into the wall of the uterus. Still, some critics say Plan B is the equivalent of an abortion pill because it may also be able to prevent a fertilized egg from attaching to the uterus, a contention that scientists — and Korman, in his ruling — said has been discredited.

Published April 05, 2013 / FoxNews.com /The Associated Press contributed to this report.