Notice: Function add_theme_support( 'html5' ) was called incorrectly. You need to pass an array of types. Please see Debugging in WordPress for more information. (This message was added in version 3.6.1.) in /home/kj8d9sfz7jzn/public_html/federalistpress.com/wp-includes/functions.php on line 5831
 Feds Arrest Dem I.T. Staffer for Wasserman Schultz Trying to Leave Country 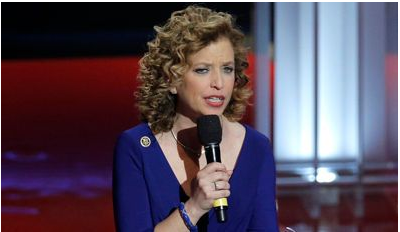 A House IT staffer at the center of a congressional computer equipment scandal has been arrested by federal officials and charged with bank fraud, Fox News has learned.

Fox News is told officers and agents from the U.S. Capitol Police, the FBI and Customs and Border Protection were involved in the arrest of Imran Awan at Dulles International Airport.

Awan, 37, of Virginia, pleaded not guilty Tuesday to one count of bank fraud during his arraignment in federal court in Washington, D.C. He was released but will have to wear a GPS monitor and abide by a curfew.

Awan also was ordered to turn over all his passports. A preliminary hearing is scheduled for Aug. 21.

Law enforcement authorities for months have been looking into how Awan may have double-billed the House for equipment like computers, iPads, monitors, keyboards and routers. Several relatives of Awan worked for House Democrats and were fired months ago. Awan, however, was kept on staff by Rep. Debbie Wasserman Schultz, D-Fla., even though he was no longer allowed access to the House server network.

“Mr. Awan previously served as a part-time employee but his services have been terminated. No charges, evidence or findings from the investigation have been formally shared with our office, so we cannot comment on them.”

Authorities also have looked into IT workers putting sensitive House information on the “cloud” and potentially exposing it to outside sources.

Fox News is told that federal officials arrested Awan at Dulles airport in suburban Virginia as he was “trying to leave the country.”

The criminal complaint and affidavit said he had bought a ticket to fly Monday to Doha, Qatar, and then Lahore, Pakistan, with a return flight booked for early January. The affidavit specifically alleged he engaged in a scheme to defraud a Congressional Federal Credit Union. It did not appear to go in depth into the other matters investigators have been looking into.

Meanwhile, the counsel for Wasserman Schultz, the former Democratic National Committee chairwoman, recently began negotiating with Capitol Police for access to her laptop in the case. Until this point, she had resisted USCP efforts to look at her computer – even suggesting “consequences” for the agency if the computer was not promptly returned.

Fox News first reported last week that arrests were coming in the case.

Awan and his relatives worked for House Democrats for more than a decade, earning hundreds of thousands of dollars. But Awan declared bankruptcy in 2012.

Awan is of Pakistani descent, and Democratic sources have argued the family’s ethnicity is a factor in the attention they’re receiving.