Notice: Function add_theme_support( 'html5' ) was called incorrectly. You need to pass an array of types. Please see Debugging in WordPress for more information. (This message was added in version 3.6.1.) in /home/kj8d9sfz7jzn/public_html/federalistpress.com/wp-includes/functions.php on line 5831
 FISA Memo is Declassifed

BREAKING-FISA MEMO has been declassified by the House Intelligence Committee. 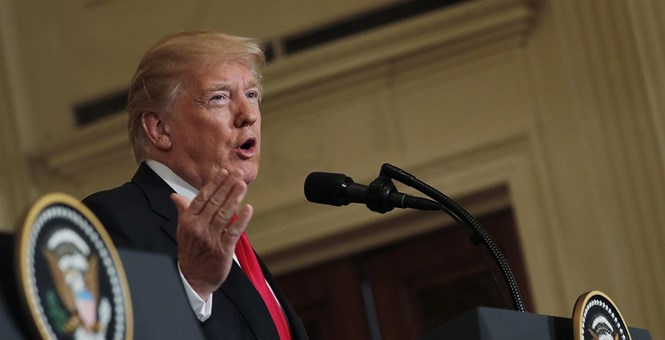 Excerpts Released – A disputed dossier was used by the FBI to obtain a warrant to spy on members of the Trump team, and the FISA court was never told the dossier was political opposition research, according to a House Intelligence Committee memo expected to be released in full today.

A memo that shows alleged government surveillance abuse  includes testimony from a high-ranking government official who says without the infamous Trump dossier, the FBI and DOJ would not have secured surveillance warrants to spy on at least one member of the Trump team, Fox News has learned.

According to sources, the memo, which has been at the center of an intense power struggle between congressional Republicans, has been declassified ahead of its expected release later Friday.

It also claims the FBI and DOJ used media reporting to lend credibility to the dossier, while the firm behind the dossier, Fusion GPS, briefed major American news outlets to include New York Times, Washington Post, CNN, New Yorker, Yahoo and Mother Jones.

The memo shoes that after former British spy Christopher Steele was cut off from the FBI, he continued to pass information, as did Fusion GPS, through Justice Department Official Bruce Ohr.  Ohr’s wife Nellie began working for Fusion GPS as early as May 2016.

It also claims evidence that Steele has a personal animus for the President Trump.

The impending release of the four-page memo comes after the House Intelligence Committee voted earlier this week, over Democratic objections, to make the document public. This led to a rare and stunning rebuke from the bureau, which said Wednesday they had “grave concerns about material omissions of fact that fundamentally impact the memo’s accuracy.”

In a last-ditch objection, the top Democrat on the House committee claimed overnight that Chairman Devin Nunes, R-Calif., had made “material changes” to the memo that was sent to the White House for review.

But Nunes’ office described the changes as minor and blasted the complaint as a “bizarre distraction from the abuses detailed in the memo.”

The White House has backed the memo’s release, calling for “transparency.”

Earlier Friday, President Trump unleashed an early-morning tweet at a Justice Department he said has been “politicized” by Democrats. 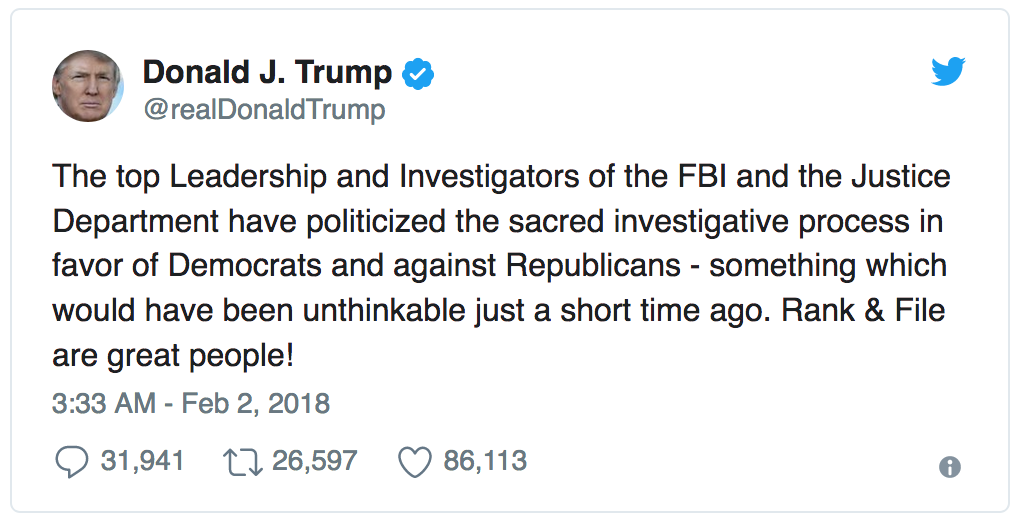 “The top Leadership and Investigators of the FBI and the Justice Department have politicized the sacred investigative process in favor of Democrats and against Republicans – something which would have been unthinkable just a short time ago,” Trump wrote. “Rank & File are great people!”

Just more than two weeks, Republican lawmakers first drew attention to the memo, with some calling it “shocking,” “troubling” and “alarming” and one likening the details to KGB activity in Russia. They argued the memo should be immediately made public, leading to a social media #ReleaseTheMemo campaign.

Catherine Herridge is an award-winning Chief Intelligence correspondent for FOX News Channel (FNC) based in Washington, D.C. She covers intelligence, the Justice Department and the Department of Homeland Security. Herridge joined FNC in 1996 as a London-based correspondent.