Notice: Function add_theme_support( 'html5' ) was called incorrectly. You need to pass an array of types. Please see Debugging in WordPress for more information. (This message was added in version 3.6.1.) in /home/kj8d9sfz7jzn/public_html/federalistpress.com/wp-includes/functions.php on line 5831
 Former CIA Agent Says Obama Will Not Allow Hillary to be Indicted 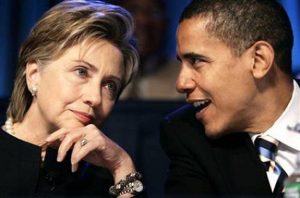 Despite clear guilt, there is absolutely no chance that the Obama Justice Department will indict Hillary Clinton.

For the past few days, ever since Hillary Clinton spoke with FBI investigators, I’ve observed one political analyst after another discuss the implications of Clinton being indicted.  For the entirety of the 2016 presidential primary season, the controversy regarding Secretary of State Hillary Clinton’s use of a personal email server has never been far from the headlines.  There can be no doubt that Clinton violated Department of State security policy, but some politicians always seem to swim in a different pond than the rest of us.  I have no hesitation in identifying both Bill and Hillary Clinton as two exceptional “fish”, who in forty plus years of political service have yet to be held accountable for any mess that they have caused or law that they have broken.  As for the analysts who keep reminding us ad nauseam that Barack Obama is the most popular president since George Washington, I do understand the obligation to at least “pretend” that the email server investigative process is not a complete waste of time.  As Donald Trump and Hillary Clinton sets their sights on separate conventions, the drama and suspense created by the possibility of a major presidential candidate facing an indictment will only increase viewer interest in the 2016 election.  In all seriousness, though, I’m compelled to ask a rhetorical question: does anyone in the United States with the ability to reason at least as well as a housefly, actually believe that the Obama Justice Department will indict Hillary Clinton?

Since Bill Clinton burst onto the scene as Governor of Arkansas in 1978, he and his wife have had their share of controversies.  When she was an attorney at the Little Rock 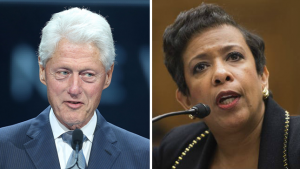 Rose Law Firm, Hillary attracted attention with her involvement in the Whitewater real estate deal, and her behind-the-scenes maneuvering to get the White House travel office fired and replaced with personal friends just after Clinton took office in 1992 caused a bit of a stir.  As for Bill, we all remember the Lewinsky affair, but what about Paula Jones?  Kathleen Willey?  Does Juanita Broaddrick ring a bell?  During Bill Clinton’s second term, his association with known money launderers for the Chinese Red Army caused a few raised eyebrows.  Over the years, both Bill and Hillary have associated with campaign donors who end up either in jail or deported.  Forgive me for not getting into the trenches of more recent controversies, including concerns over the Clinton Foundation, Hillary’s vote in support of the Iraq War, and the apparently never-ending issues regarding campaign donations, but I have faith that most of these events will already be familiar.

I have listed but a handful of issues that come to mind.  No doubt the list could be expanded with little effort, but I think I have included a sufficient number of incidents to make my point.  At no time have the Clintons ever been held to account.  Hillary Clinton seriously damaged the lives and reputations of the White House travel office employees in 1993…..no accountability.  She claimed that as Secretary of State, she accepted responsibility for the Benghazi tragedy.  Really?  How?  Bill and Hillary’s involvement with persons who are known to be donors who purchase influence for the Chinese Red Army…….no accountability.  Bill Clinton maneuvers himself into a meeting with Attorney General Loretta Lynch, when the Attorney General at that time happens to be in charge of investigations not only into Hillary’s personal server and email, but also Bill and Hillary’s “Clinton Foundation”.  We have yet to discover if Bill’s decision to “hop on over” to the AG’s plane will have any lasting negative ramifications, but I doubt it.

At the end of the day, this is a reality we must accept.  Bill and Hillary Clinton live by a different set of rules.  If you have some faith left in our system, that Hillary Clinton will be held responsible for KNOWINGLY violating State Department security protocols, please think again.  Remember who sits in the White House, and just how accountable his Administration has been since 2008.  He will not allow Hillary Clinton to be indicted, regardless of the opinions of the lawyers and experts, and there can be no doubt that Lynch will ensure compliance from the Justice Department.  There is hope, though, that enough people will be enraged to keep the Clintons from another eight-year romp in the White House.  So you don’t like Trump?  Take a good, long look at the alternative.