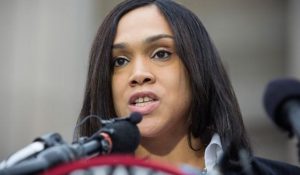 Prosecutors dropped all remaining charges against three Baltimore police officers accused in the arrest and death of Freddie Gray in a downtown courtroom on Wednesday morning, concluding one of the most high-profile criminal cases in Baltimore history.

The startling move was an apparent acknowledgement of the unlikelihood of a conviction following the acquittals of three other officers on similar and more serious charges by Circuit Judge Barry G. Williams, who was expected to preside over the remaining trials as well.

It also means the office of Baltimore State’s Attorney Marilyn J. Mosby will secure no convictions in the case after more than a year of dogged fighting, against increasingly heavy odds, to hold someone criminally accountable in Gray’s death.

Officer William Porter‘s trial ended with a hung jury and a mistrial in December, before Williams acquitted Officers Edward Nero and Caesar Goodson and Lt. Brian Rice at bench trials in May, June, and July, respectively.

In a hearing Wednesday meant to start the trial of Officer Garrett Miller, Chief Deputy State’s Attorney Michael Schatzow told Williams that the state was dropping all charges against Miller, Porter and Sgt. Alicia White.

Gray, 25, suffered severe spinal cord injuries in the back of the van in April 2015 and died a week after his arrest. His death sparked widespread, peaceful protests against police brutality, and his funeral was followed by rioting, looting and arson.

Prosecutors, the officers and their attorneys were all barred by a gag order from discussing the case, until after all of the officers’ cases have been adjudicated.

With Wednesday’s decision, the gag order is now lifted, though prosecutors and defense attorneys were not immediately available for comment.

In clearing Nero, Goodson and Rice, Williams had repeatedly said that prosecutors presented little or no evidence to support their broader theory in the case – that the officers acted unreasonably, and willfully disregarded their training and general orders, when they decided not to secure Gray in a seat belt, and that the decision directly led to his death.

All of the officers had pleaded not guilty. Their attorneys have said they acted reasonably and professionally, and that Gray’s death was the result of a tragic accident.

The decision Wednesday to drop all charges came during what was expected to be a contentious hearing surrounding the prosecution’s ability to proceed with Miller’s trial without using anything he said on the witness stand in Nero’s trial against him.

Miller was compelled to testify at Nero’s trial under a limited form of immunity designed to protect his constitutional right against self-incrimination while freeing him to speak about the events that transpired on the morning of Gray’s arrest. Before Miller’s trial could proceed, prosecutors were required to show that they had not gleaned any evidence or strategic advantage in Miller’s trial from his immunized testimony.

Miller’s defense attorneys had argued that in order to do so, the prosecutors who argued in Nero’s trial and the special “clean team” of prosecutors assigned to argue in Miller’s trial without knowledge of his previous testimony should have to take the stand.

Catherine Flynn, one of Miller’s attorney, also suggested that Schatzow and Deputy State’s Attorney Janice Bledsoe, who argued Nero’s case, had inappropriately remained involved in Miller’s case. Flynn had subpoenaed Schatzow and Bledsoe, as well as Assistant State’s Attorneys Lisa Phelps and Sarah David, who were assigned to the clean team.

Having dropped the charges, prosecutors avoid taking the stand.