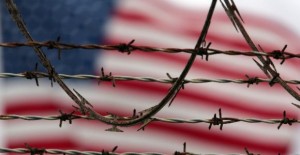 With the level of the federal deficit approaching $16,000,000,000 (trillions), the interest on which costs Americans the first $1,200,000,000 they make every day, and the recent explosion of federal power over the citizens and the states as handed to U.S. socialists by the Supreme Court, the independence from government rule and tyranny sought by our Founders is all but neutralized. We and our children are indebted and imprisoned by design of a leftist attack on our country.

A polarization has occurred in the nation—as the left has chipped away at personal liberty and individual sovereignty over the past several decades, those who cherish freedom have finally begun to become more vocal in their resistance. But is it too little, too late? The left has made tremendous inroads in their quest to replace King George with its own elitist panels, commissions and czars, and within the past week its inches of ground winning have become feet.

In the name of laborer parity and elevating the ethnically or socially disadvantaged, the socialists and communists of the past century have robbed the people of the world of their birthright, established by the labor and sacrifice of their 18th and19th Century Forbearers. In the name of pretended “fairness” leftist forces have lowered the wealth and opportunities of everyone rather than elevate the status of the less fortunate.

Look at any country where socialism and liberalism have penetrated the veil of liberty. Not one of them has improved the quality of life of their working people.

Where do we find the bottom half of earners in America? With all of the talk of the 1% and the 99% in this country, and the mindless chants of brain-dead occupiers in the streets, even an overtaxed economy like ours has rendered our own 99% the 1% of the world. Nearly all of our poor live in good housing, have clean water and food aplenty, a computer of some kind, and cell phones and cable television. They live better than the royalty of many of the earth’s nations.

Additionally, the tremendous generosity and military might of Americans has been the salvation of billions of people around the world, whose leftist economies have left them with nothing but squalor, want and exposure to dictators and war lords (usually leftists).

We hear of the Tea Party these days, and the name is spoken with disdain by over half of the country, and almost all of the mainstream media. Does any of them actually recall where the term originated? Do they remember how an oppressive monarch imposed taxes that were hard to bear and intruded into the personal liberties of a hardworking people, and that those people finally decided that they would take no more and rose up in rebellion, starting with throwing British tea into the harbor?

No, sadly enough, most young adults these days are the products of a dumbing-down campaign launched by the left and its educational arm, the National Education Association. They have mush for brains and their education consists of nothing more than pop culture and global warming propaganda.

We have nearly come full circle. We have hundreds of millions dependent on government and its handouts, a White House dedicated to the overthrow of the Constitution, and a Supreme Court has decreed that the people are to be taxed even for services they DO NOT purchase at the government’s command.

King George is back, liberty has been strangled to near enslavement, and this time it will take more than a few muskets to rid us of the burgeoning oppression. America has not seen such dark times since the Civil War. I say the Civil War, because in all other wars the enemy was external. If we fail to immediately change our course, we will be irretrievably carried back under the oppression of dictatorship. We invite all liberty loving Americans to join the revolution, and to regain our independence from oppressive, centralized government.