Notice: Function add_theme_support( 'html5' ) was called incorrectly. You need to pass an array of types. Please see Debugging in WordPress for more information. (This message was added in version 3.6.1.) in /home/kj8d9sfz7jzn/public_html/federalistpress.com/wp-includes/functions.php on line 5831
 House Republicans Push to Slash IRS Budget by 24 Percent 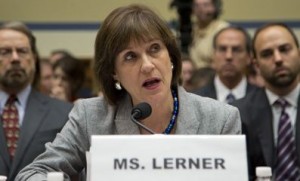 House Republicans want the IRS to pay for targeting political groups and are pushing legislation that would cut the tax collecting agency’s budget by $3 billion — nearly a quarter of what it received last fiscal year.

The House Appropriations Committee is scheduled to start “marking up” the spending bill Wednesday.

While it’s unlikely that such a severe cut will pass both congressional chambers, it does give lawmakers another opportunity to verbally punish the agency for unfairly scrutinizing conservative groups applying for tax-exempt status.

The bill would place additional restrictions on spending at the IRS and prohibit employees from implementing the individual mandate in the Affordable Care Act – commonly referred to as ObamaCare. It also bans conferences, the production of videos and curbs what lawmakers see as a number of abuses at the IRS.

The cuts aren’t sitting well with the National Treasury Employees Union which represents 150,000 employees in 31 agencies and departments.

President Colleen Kelley says that the 24 percent cut in funding would take the agency’s budget back to the level it was more than a decade ago.

“In terms of the ability of the IRS to meet its mission on behalf of the American people, such a budget would absolutely devastate the agency,” Kelley said in a written statement.
Kelley also argues that the tax agency should not be penalized because a May 14 audit by the Treasury Inspector General for Tax Administration “found no evidence of intentional wrongdoing or political motivation on the part of IRS employees in the tax-exempt division.”

“I can’t think of a federal agency in a weaker position than the IRS,” he said. “The IRS should resign itself to not getting more money.”

Separately, acting IRS Commissioner Danny Werfel told workers in an email that he is canceling annual bonuses for managers because of sequestration cuts. The union’s collective bargaining agreement calls for about $70 million in performance bonuses this year, but there is a clause that could enable the IRS to renegotiate.