Notice: Function add_theme_support( 'html5' ) was called incorrectly. You need to pass an array of types. Please see Debugging in WordPress for more information. (This message was added in version 3.6.1.) in /home/kj8d9sfz7jzn/public_html/federalistpress.com/wp-includes/functions.php on line 5831
 Iran Puts Five Christians on Trial for Their Faith

Five Iranian Christian converts who were detained late last year will reportedly begin trial in Iran’s Revolutionary Court this week, according to a human rights group following the case. 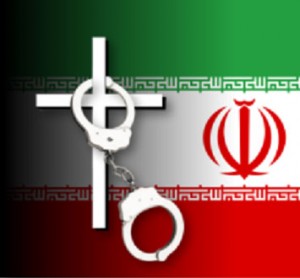 The five men were among seven arrested in October when security forces raided an underground house church in the city of Shiraz during a prayer session. They will be tried at the Revolutionary Court in Shiraz’s Fars Province on charges of disturbing public order, evangelizing, threatening national security and engaging in Internet activity that threatens the government, according to Christian Solidarity Worldwide, a religious persecution watchdog group.

“Judging from recent cases, it is likely that, at the very least, those detained may face lengthy prison sentences,” said CSW spokesperson Kiri Kankhwende.

According to Kankhwende, the crackdown against Christian converts and house churches parallels a general increase in repression against many, including journalists, religious and cultural minorities and others as the government is leading up to June’s presidential elections.

“There has been a noticeable increase in the harassment, arrests, trials and imprisonments of converts to Christianity, particularly since the beginning of 2012,” Kankhwende said. “Any movement that differs from or offers an alternative to orthodox Shia Islam, and any persons who chooses to follow an alternative belief system, are interpreted as a challenge to the very state itself.”

The underground church network has been rapidly growing in Iran as a place where converts from Islam to Christianity can pray as they are forbidden to attend services at formal churches.

Alongside the growing network of home churches has been the increase in violent crackdowns and raids on these communities and arrests made on Christian converts, among them the internationalized case of Pastor Youcef Nadarkhani, held for almost three years on charges of apostasy and more recently American Pastor Saeed Abedini who is currently serving an eight-year sentence for evangelizing and threatening national security.

“House churches are growing because the converts have nowhere else to go,” said Tiffany Barrans, international legal director at the American Center for Law and Justice,

“When you’re a convert to Christianity in Iran, you can’t go worship at the church on the corner, because conversion is not acceptable. If they were allowed to go to an official place of worship, there wouldn’t be a house church movement,” Barrans said.

“Essentially they have created the house church problem and now use it to persecute its own people.”

Barrans and the ACLJ are also the U.S.-based family attorneys for Pastor Saeed Abedini,  held in Iran’s notoriously brutal Evin prison since September 2012 as his wife and two young children fear for him at their home in Idaho.

More than a decade ago, Abedini worked as a Christian leader and community organizer developing Iran’s underground home church communities for Christian converts who are forbidden from praying in public churches. He was arrested in 2005, but released after pledging never to evangelize in Iran again. When he left his wife and two kids in Idaho last summer to return to Iran to help build a state-run, secular orphanage, Iranian police pulled him off a bus and imprisoned him.

After months of imprisonment without any notice of charges, Abedini was sentenced at the beginning of this year to eight years in prison, as his family and attorneys continue to pressure the State Department and other public and private groups to facilitate his release.

Under Shariah, or Islamic law, a Muslim who converts to Christianity is on a par with someone waging war against Islam. Death sentences for such individuals are prescribed by fatwas, or legal decrees, and reinforced by Iran’s Constitution, which allows judges to rely on fatwas for determining charges and sentencing on crimes not addressed in the Iranian penal code.

All religious minorities in Iran, including Bahais, Zoroastrians, Jews and Christians, have faced various forms of persecution and political and social marginalization throughout the regime’s 30-year reign. But the government saves its harshest retribution for those who have abandoned Islam.