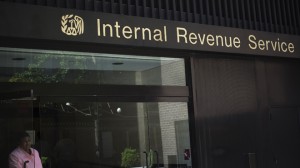 The acknowledgement comes after the administration announced that the official’s successor — who had only been on the job a few days — would be retiring. And it fueled criticism of the agency, as the outgoing IRS commissioner prepared to face lawmakers’ questions at a hearing Friday morning.

President Obama, meanwhile, maintained Thursday that he didn’t know about the investigation into the IRS program until it was made public.

The ObamaCare official in question, Sarah Hall Ingram, had been serving as commissioner of the office responsible for tax-exempt organizations from 2009 to 2012 — the division included the group that targeted Tea Partiers — and has since left to serve as director of the IRS’ Affordable Care Act division. That unit is responsible for enforcing parts of the health care law, including the fines associated with the so-called individual mandate — the requirement to buy health insurance.

Texas Republican Sen. John Cornyn, citing her current position and history with the scandal-marred unit, reinforced his call Thursday for the IRS to be blocked from implementing the health care law. “Now more than ever, we need to prevent the IRS from having any role in Americans’ health care,” he said.

While still the commissioner of the Tax-Exempt and Government Entities Division, Ingram was assigned to head the implementation of ObamaCare at the IRS in 2010 after the law was enacted. It is not clear when she stopped being the head of the tax-exempt office or how active her role was there while she was implementing ObamaCare.

But the official who succeeded her, Joseph Grant, is now leaving the agency in the wake of the scandal. His retirement was announced Thursday, even though he only took the job May 8.

Meanwhile, President Obama appointed a new acting commissioner after the prior IRS chief announced his resignation.

That official, Steven Miller, will be in the hot seat Friday when he is scheduled to testify before the House Ways and Means Committee in the first congressional hearing on the IRS scandal.

Also scheduled to testify is J. Russell George — the Treasury Inspector General for Tax Administration — and the man whose report released this week exposed the IRS practice that led to Miller’s ouster (though Miller was apparently planning to leave the agency anyway).

The revelations at the Friday hearing could add more headaches for the Obama administration, as it tries to juggle its response to several scandals at once.

It’s unclear whether more officials will resign at the IRS in the days to come.

An internal memo Thursday stated that Grant — at the tax-exempt unit — will retire on June 3. Grant oversaw the IRS division being called out for holding up applications from Tea Party groups applying for tax-exempt status. He was appointed to his position on May 8 by Miller.

The Senate side holds its first IRS-related hearing on May 21.

This week’s clean-up at the agency is part of the Obama administration’s mad dash to save face and regain footing after being hammered by a series of scandals this week, including new questions over the Benghazi terror attack and the Justice Department’s seizing of journalists’ phone records.

“Throughout his career working in both Democratic and Republican administrations, Danny has proven an effective leader who serves with professionalism, integrity and skill,” Obama said in a statement. “The American people deserve to have the utmost confidence and trust in their government, and as we work to get to the bottom of what happened and restore confidence in the IRS, Danny has the experience and management ability necessary to lead the agency at this important time.”

Allegations that the IRS had been targeting conservative groups that applied for tax-exempt status date back years but a government report released this week backed up the claims.

Republican leaders were quick to call out Obama for being too passive with the situation and demanded more be done.

“This is runaway government at its worst,” McConnell said Thursday. “Who knows who they will target next? The truth will come out. It always does.”

However, the president knocked down the prospect of appointing a special prosecutor to investigate the IRS, saying the congressional investigations and a separate Justice Department probe should be enough to nail down who was responsible for improperly targeting Tea Party groups when they applied for tax-exempt status.

Asked whether he previously knew about the IRS practice, Obama said Thursday: “I can assure you that I certainly did not know anything about the (inspector general) report” beforehand.

The president, though, did not say whether he was previously aware of the IRS’ actions, which allegedly started as early as 2010, well before the inspector general’s office began to investigate. Republican lawmakers were inquiring about the alleged targeting of Tea Party groups by the IRS more than a year ago.

But White House Press Secretary Jay Carney has said no one in the White House knew about the practice.