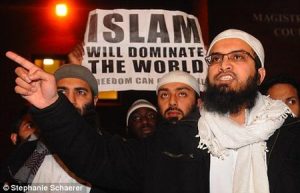 Did you know that 64 people were hacked to death by Islamist Terrorists this week in the Congo?

Okay, no one had mentioned that. So did you know that 392 people were killed and 330 were severely injured by Islamic Terrorists in the second week of this month? No?

So why is the mainstream media burying these stories? And why has the Obama Administration been falsifying its reports on ISIS and other Islamic Terrorists? During Obama’s tenure, after all, there have been over 18,000 Islamic terror attacks around the world, in which more than 130,00 people were killed and 170,000 more were seriously injured.

This certainly seems newsworthy, but the Obama Administration and the press have buried these numbers, and the sad and critical reality they reveal.

How about America–any Islamic Terrorist attacks here? During President Obama’s time in office, over 130 Americans have been killed on American soil by Islamic terrorists, and nearly 400 Americans were injured. The president, however, prefers to call these “workplace violence” or “senseless violence.” This, of course, does not include the 2,996 Americans killed in the 2001 9/11 attacks.

How about recently? What have you heard? For instance, in the month of July there were 197 Islamic Terror attacks in 24 countries, killing 1,699 innocent victims and severely injuring 2,249 others. Hadn’t heard that? 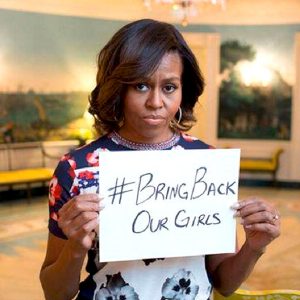 And hey–whatever happened to those hundreds of kidnapped school girls in Nigeria–taken to be sold off as young wives and sex slaves of Islamic Terrorists (cashing in on their promised virgins a little early)? Remember Michelle Obama’s #BringBackOurGirls campaign? If so, you’re the only one, because Michell and Barack haven’t mentioned a word about them in quite a while.

So what about the peaceful Muslims around the world? Do they condemn Islamic Terror? Do they support it? Why are they so quiet when asked to condemn it?

Multiply the numbers: The numbers above appear to be magnified by polling data that shows tens of millions of Muslims are supportive of violent jihad to expand Islamism throughout the world. For instance, recently, a pro-Muslim polling firm in the Middle East interviewed 3,500 Muslim male young adults (18-24) face-to-face, and asked them questions regarding their level of support for radical Islamic terror groups like ISIS (Daesha in Arabic). (ASDA’A, Burson, Marsteller, 2016) The firm touted that young Muslim support for violent global jihad went down this year to just 13 percent, with 9 percent saying they were undecided, celebrating that 78 percent of young Muslims do not support violent jihad. 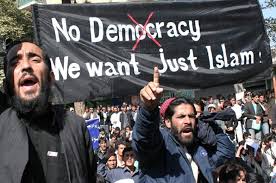 Here is the problem with these kinds of poll results. If these number hold true throughout the global Muslim population, 13 percent of the 1.6 billion Muslims in the world leaves us with approximately 208 million Muslims who support violent jihad.

Pro-Muslim groups tell us that despite the accuracy of these kinds of polls, we should believe that the number of Muslims who actively support global violent jihad is close to just 1 percent. Of course, 1 percent still leaves us with 16 million Muslims involved at the grassroots level of violent jihad. These numbers are overwhelming when compared with, for instance, the number of soldiers in the United States Army—less than 500,000.

All of this adds up to hundreds of thousands of mothers, fathers, and children whose lives have been devastated by the murder of a loved one, or an entire family. Most Americans are unaware of the gravity of the problem, and although the press reports individual attacks, sometimes, total numbers are rarely given.

With the rapid global expansion and Westward movement of Islamic Terrorism, many American leaders believe the U.S. should attack Islamic Terrorists at their source, most of whom are assembled near Syria at this time. The administration, however, adheres to the “ignore it and it will go away” philosophy. I don’t think Islamic Terrorists are going anywhere anytime soon–except farther west.

In case you didn’t hear this on the evening news, Muhammad is the most popular baby boy name in the UK’s London, and a few other European Countries.

James Thompson is a political writer and a ghostwriter of many political books and books by national and global business leaders.