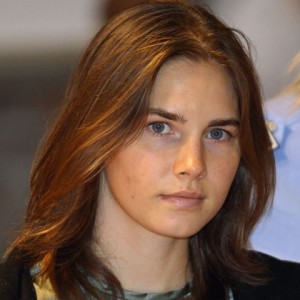 ROME –  Italy’s highest criminal court on Tuesday overturned Amanda Knox’s acquittal in the murder of her British roommate and ordered a new trial, prolonging a case that has become a cause celebre in the United States.

Knox called the decision “painful” but said she was confident that she would be exonerated.

Italian law cannot compel Knox to return for the new trial, and her lawyer said she had no plans to do so. The appellate court hearing the new case could declare her in contempt of court but that carries no additional penalties.

Italy’s Court of Cassation ruled that an appeals court in Florence must re-hear the case against the American student and her former Italian boyfriend for the murder of 21-year-old Meredith Kercher. The exact issues that have to be reconsidered won’t be known until the court releases its full ruling within 90 days.

Knox, now a student at the University of Washington, stayed up until 2 a.m. Seattle time to hear her fate and issued a statement through a family spokesman.

“It was painful to receive the news that the Italian Supreme Court decided to send my case back for revision when the prosecution’s theory of my involvement in Meredith’s murder has been repeatedly revealed to be completely unfounded and unfair,” she said.

Knox said the matter must now be examined by “an objective investigation and a capable prosecution.”

“No matter what happens, my family and I will face this continuing legal battle as we always have, confident in the truth and with our heads held high in the face of wrongful accusations and unreasonable adversity,” Knox said.

Knox, now 25, and Raffaele Sollecito, who turned 29 on Tuesday, were arrested shortly after Kercher’s body was found in a pool of blood in November 2007 in her bedroom. Kercher, whose throat had been slashed, had shared an apartment with Knox and others in Perugia, an Italian university town where the two women were exchange students.

Prosecutors alleged Kercher was the victim of a drug-fueled sex game gone awry. Knox and Sollecito denied wrongdoing and said they weren’t even in the apartment that night, although they acknowledged they had smoked marijuana and their memories were clouded.

“She thought the nightmare was over,” Knox attorney Carlo Dalla Vedova said after the decision was released.

The court on Tuesday also upheld a slander conviction against Knox. During a 14-hour police interrogation, Knox had accused a local Perugia pub owner of carrying out the killing. The man was held for two weeks based on her allegations, but was then released for lack of evidence.

Dalla Vedova said Knox wouldn’t come to Italy “for the moment” but would follow the case from home. He said he didn’t think the new appeals trial would begin before early 2014.

It is unclear what would happen if Knox was convicted in a new appeals trial.

“If the court orders another trial, if she is convicted at that trial and if the conviction is upheld by the highest court, then Italy could seek her extradition,” Dalla Vedova said Monday.

The appeals court that acquitted Knox and Sollecito in 2011 criticized virtually the entire case mounted by prosecutors. The appellate court noted that the murder weapon was never found, said that DNA tests were faulty and that prosecutors provided no murder motive.

It’s not clear what part of the appeals sentence was faulted by the high court in ordering a new trial.

Kercher’s family attorney, Francesco Maresca, said after Tuesday’s ruling: “Yes, this is what we wanted.”

Sollecito’s attorney, Giulia Bongiorno, noted that Tuesday’s ruling was not a determination of guilt but merely a need for further study of the appeals court ruling.

She acknowledged that perhaps the appeals court ruling had been “too generous” in ruling that the pair simply did not commit the crime, but was confident that Sollecito’s innocence would be affirmed.

In her statement, Knox took the Perugia prosecutors to task, saying they “must be made to answer” for the discrepancies in the case. She said “my heart goes out to” Kercher’s family.

After nearly four years behind bars in Italy, Knox returned to her hometown of Seattle after the 2011 acquittal and Sollecito resumed his computer science studies, following the degree he earned while studying in prison.

Although the court on Monday heard gruesome details, including how Kercher choked on her own blood, it wasn’t ruling on the guilt or innocence of the defendants. Its sole task was to decide if the appellate trial was properly conducted.

Dalla Vedova had argued Monday that the slander verdict against Knox should be thrown out because she was questioned without a lawyer even though police essentially treated the student as a suspect in their 14-hour interrogation session.

Because of time she served in prison before the appeals-level acquittals, Knox didn’t have to serve time for the slander conviction.